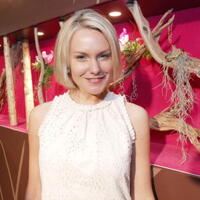 Laura Allen Net Worth: Laura Allen is an American actress who has a net worth of $1 million. Laura Allen was born in Portland, Oregon in March 1974. She graduated from Wellesley College in 1996 and worked as a domestic violence counselor for the New York Police Department. From 2000 to 2001 she starred in the soap opera All My Children. Allen's film debut came starring as Susan Delacorte in the 2003 movie Mona Lisa Smile. From 2004 to 2007 she starred as Lily Moore Tyler in the TV series The 4400. Allen starred as Julia Mallory from 2007 to 2008 on the series Dirt. In 2010 she starred as Katie Nichols in the series Terriers and in 2012 ad Hannah Britten in the series Awake. Since 2013 she has starred as Rochelle Matheson in the TV series Ravenswood. She has also starred in the movies How You Look to Me, From Within, The Collective, Old Dogs, Cherry, and Hysteria. She has appeared in episodes of The $treet, Cold Case, North Shore, House M.D., Criminal Minds, Law & Order: Special Victims Unit, Grey's Anatomy, and CSI: Miami. Laura married Bruce Weyman in 2006 and the couple have two children.