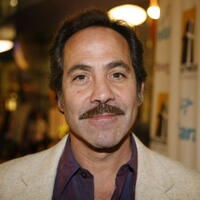 Larry Thomas net worth: Larry Thomas is an American actor who has a net worth of $500 thousand dollars. Larry Thomas was born in Brooklyn, New York in 1956. He is best known for starring as The Soup Nazi on the television series Seinfeld. Thomas has also starred in the movies Terror on Tour, Austin Powers: International Man of Mystery, When Actors Attack, Postal, Frankie D, Paranormal Calamity, Not Another B Movie, Changing Hands, Redemption: For Robbing the Dead, 3 of a Kind, You Don't Say!, Doctor Spine, Spades, and Mind Over Mindy. Thomas has also appeared in episodes of the TV series Grace Under Fire, Caroline in the City, Arli$$, Sabrina, the Teenage Witch, General Hospital, CSI: Crime Scene Investigation, Scrubs, and Arrested Development. Thomas was nominated for a Primetime Emmy Award in 1996 for Outstanding Guest Actor in a Comedy Series for Seinfeld.