How much is Larry Linville Worth?

Larry Linville net worth and salary: Larry Linville was an American actor who had a net worth of $4 million at the time of his death in 2000 (after adjusting for inflation). Larry Linville was born in Ojai, California in September 1939 and passed away in April 2000. He was best known for starring as Maj. Frank Burns on the television series M*A*S*H from 1972 to 1977. Linville also had recurring roles on the TV series Mannix, Grandpa Goes to Washington, The Love Boat, Checking In, Herbie, the Love Bug, and Paper Dolls. He has also starred in several films including The Stepmother, Earth Girls Are Easy, Rock 'n' Roll High School Forever, West from North Goes South, and more. He studied at the Royal Academy of Dramatic Arts and also acted on stage. He was married five times and had one child. Larry Linville passed away on April 10, 2000 at 60 years old from pneumonia complicated by cancer surgery after having part of his lung removed. 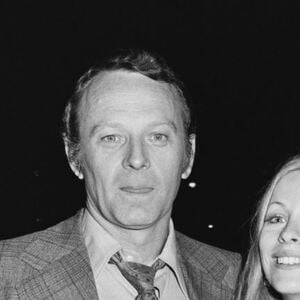