Larry Joe Campbell was born in Cadillac, Michigan in November 1970. Campbell graduated from Central Michigan University and received a Master's degree in theater from Wayne State University. He performed improv with the Second City Detroit and was discovered by Bob Saget. Early his acting career Campbell appeared in episodes of Friends and Suddenly Susan. He had a recurring role in the series The Trouble with Normal. His biggest role came on According to Jim from 2001 to 2009. Larry has since had recurring roles in Weeds and The Protector. He has appeared in the films R.I.P.D., Wedding Crashers, and Showtime. He started touring as a member of Jim Belushi and the Chicago Board of Comedy in 2013. Campbell wrote and starred in a one-man play titled Terry vs. the Towel Lady.

He and his wife Peggy have been married since 2000. They have five children. 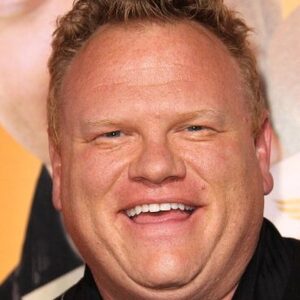