Larry Hankin net worth: Larry Hankin is an American actor, director, and producer who has a net worth of $400 thousand. Larry Hankin was born in New York, New York in August 1940. As an actor Hankin has over 160 credits to his name. He first appeared in the TV series That Girl in 1966 and had a recurring role in the series Hey, Landlord from 1966 to 1967.

Hankin has also had recurring roles in the TV series Hunter in 1985, Jake and the Fatman in 1987, Dragnet in 1990, Star Trek: Voyager in 1995, Friends from 1994 to 1996, Claude's Crib and Weird Science in 1997, Joan of Arcadia from 2003 to 2005, The Last Hand from 2010 to 2011, Breaking Bad from 2010 to 2012, and Dwelling in 2013. Hankin has also starred in the movies Escape from Alcatraz, Billy Madison, Pretty Woman, Home Alone, and more. He is also known for appearing as the actor cast as Kramer, Tom Pepper, on an episode of Seinfeld. Hankin was nominated for an Academy Award in 1980 for the short film Solly's Diner. Larry ran for Vice President of the United States with Presidential candidate Connor Ratliff in 2012. 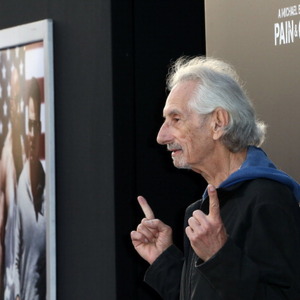