Lara Jill Miller net worth: Lara Jill Miller is an American actress who has a net worth of $3 million. Lara Jill Miller was born in Allentown, Pennsylvania in April 1967. She has more than 100 acting credits to her name and her first role came starring as Sam Kanisky on the television series Gimme a Break!

From 1981 to 1987. From 2000 to 2001 she provided the voice of Kari Kamiya on the TV series Digimon Adventure 2. She also provided voicework on the TV series Digimon: Digital Monsters from 1999 to 2002 and had a recurring role as Kathy on the series The Amanda Show from 2000 to 2002. Lara Jill Miller voiced the role of Clifford the Puppy on the television series Clifford's Puppy Days from 2003 to 2006. From 2005 to 2007 she provided voices for the TV series The Life and Times of Juniper Lee. She has also provided voices for several other TV series including Wow! Wow! Wubbzy!, Winx Club: Enchantix, SciGirls, Curious George, Henry Hugglemonster, Doc McStuffins, If You Give a Mouse a Cookie, The Loud House, and more. Lara Jill Miller has won multiple Behind the Voice Actors Awards. 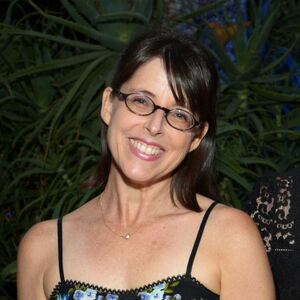