Lanisha Cole Net Worth: Lanisha Cole is an American model, actress, and TV personality who has a net worth of $500 thousand dollars. The Panamanian model is best known for her work on "The Price Is Right", working on stage behind Bob Barker and Drew Carey. She appeared on the show from 2003 until 2010.

In addition to her work on the popular game show, Cole has appeared in a handful of music videos. Cole starred in Jon B's "Don't Talk", Pharrell's "Frontin'", Eric Benet's "Never Want To Live Without You", The Roots' "Break You Off", and Trey Songz's "Last Time". She appeared as Melanie on 2006's "Watch Over Me" and as Miss Reno on an episode of "Joey". She had a small part in the movie "Soul Plane" and appeared on "Music Video Beauties: Superstars! in 2005 as herself. She modeled on "Deal or No Deal" with Howie Mandel, holding onto case number 15 for two seasons before leaving and eventually returning. After her time on "The Price Is Right" came to an end, Cole landed a job with "Fact or Faked: Paranormal Files" in 2011. Cole claimed that she was sexually harassed by several producers on "The Price Is Right" and has filed a lawsuit against them. She dated The Roots' "Questlove", otherwise known as Ahmir Khalib Thompson. 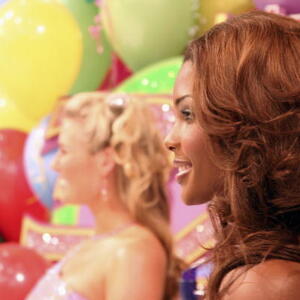