What is Lance Reddick's Net Worth?

Lance Reddick is an American actor and musician who has a net worth of $4 million. Lance Reddick is best known for his television performances as Cedric Daniels on "The Wire" and Phillip Broyles on "Fringe." Among his other notable credits are "Oz" and "Lost," as well as the "John Wick" movie franchise. In addition to television and film, Reddick has lent his voice to numerous video games, including "Quantum Break," "Horizon Zero Dawn," and multiple installments of the "Destiny" franchise.

Lance Reddick was born on New Year's Eve in 1962 in Baltimore, Maryland, the son of parents Dorothy and Solomon. As a youth, he went to Friends School of Baltimore, and then studied music at the Peabody Preparatory Institute and the Walden School. After graduating, he enrolled at the University of Rochester's Eastman School of Music. Reddick then moved to Boston, Massachusetts in the 80s. In 1991, he enrolled at the Yale School of Drama, from which he graduated with an MFA.

Reddick made his television debut in a 1996 episode of the Fox police drama "New York Undercover." Following this, he was in episodes of "Swift Justice" and "The Nanny," and appeared in the television films "What the Deaf Man Heard," "The Fixer," and "Witness to the Mob." Reddick closed out the decade by portraying a DC police officer in an episode of "The West Wing." After appearing on the CBS crime drama "Falcone" and in the HBO miniseries "The Corner," Reddick landed his biggest television role yet on the series "Oz." On the hit show, which takes place inside a men's prison, Reddick played the recurring role of undercover narcotics officer Johnny Basil. The same year, Reddick had another recurring role on "Law & Order: Special Victims Unit," playing the character of Dr. Taylor.

In 2002, Reddick was cast in a main role on the HBO crime drama "The Wire." He played Cedric Daniels, the lieutenant of the Baltimore Police Department's Narcotics Unit. The show, which ran until 2008, was an enormous critical success, and is often considered to be one of the greatest television series of all time. While on "The Wire," Reddick also made appearances on "CSI: Miami," "Numb3rs," and the ABC mystery series "Lost," on which he played Matthew Abaddon for four episodes. From 2008 to 2013, Reddick was a series regular on the science-fiction series "Fringe," playing the head of an FBI department investigating paranormal activity. The actor has appeared in a myriad of shows since then. Among his credits are "It's Always Sunny in Philadelphia," "Wilfred," "American Horror Story: Coven," "Intelligence," "The Blacklist," "Castle," and "Corporate." From 2014 to 2021, he portrayed the main role of Deputy Chief Irvin Irving on the police procedural streaming series "Bosch." Reddick has also done voice work for animated shows including "Beware the Batman," "Rick and Morty," "DuckTales," and "Paradise PD." 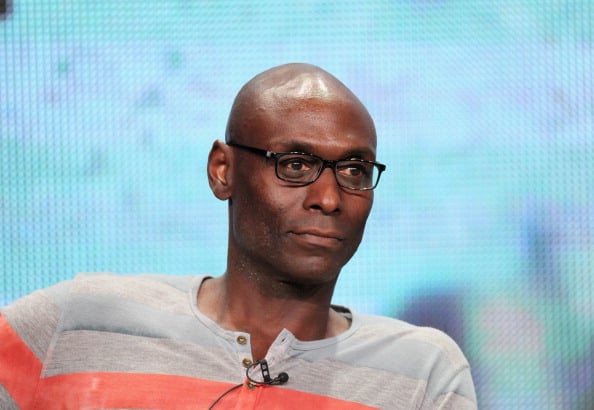 In 1998, Reddick had his first feature film role in Alfonso Cuarón's contemporary reimagining of Charles Dickens' "Great Expectations," starring Ethan Hawke and Gwyneth Paltrow. Also that year, he appeared as FBI Agent Floyd Rose in Edward Zwick's action thriller "The Siege," and had an uncredited part in Roland Emmerich's "Godzilla." Subsequently, Reddick was in the biographical drama "I Dreamed of Africa," the crime thriller "Don't Say a Word," and the independent LGBTQ-themed drama "Brother to Brother," in which he portrayed poet and activist James Baldwin. Credits after this included "Dirty Work," "Tennessee," "The Way of War," "Jonah Hex," "Remains," "Won't Back Down," "White House Down," and Spike Lee's "Oldboy," a remake of the hit South Korean thriller.

Reddick had a major year on film in 2014. In addition to his roles in the comedy "Search Party" and the thrillers "Faults" and "The Guest," he played the character of Charon in the popular Keanu Reeves action thriller "John Wick." The film later spawned three sequels, in which Reddick reprised his role. Beyond the "John Wick" franchise, Reddick has appeared in such films as "Little Woods," a crime thriller starring Lily James and Tessa Thompson; the drama "Canal Street"; the horror thriller "Monster Party"; "The Domestics," a post-apocalyptic thriller with Kate Bosworth and Tyler Hoechlin; the action sequel "Angel Has Fallen," starring Gerard Butler and Morgan Freeman; the comedy "Faith Based"; the romantic drama "Sylvie's Love;" the Oscar-nominated historical drama "One Night in Miami…"; and the monster film sequel "Godzilla vs. Kong."

Throughout his career, Reddick has contributed both his distinctive voice and his likeness to various video games. The first was 2009's "50 Cent: Blood on the Sand," in which he voiced the role of Derek Carter. Later, in 2014, he made his debut as Commander Zavala in "Destiny," a role he has gone on to reprise in multiple other entries in the franchise. Reddick also contributed motion capture and full motion video footage to "Quantum Break," in which he played Martin Hatch. Among his other video game credits are "Payday 2," "John Wick Hex," and "Horizon Zero Dawn" and its sequel "Horizon Forbidden West."

In 1986, Reddick wed Suzanne Yvonne Louis, with whom he had two children. The two later divorced. Since 2011, Reddick has been married to Stephanie Day. 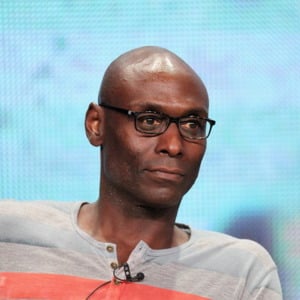