Lance Henriksen was born on May 5, 1940 in New York City. His father was a Norwegian merchant sailor and boxer nicknamed "Icewater. " His mother, Margueritte Werner, struggled at times to find work as a dance instructor, waitress, and model. His parents divorced when Lance was two. Henriksen was raised by his mother. He was a rebel as a child, and found himself in trouble at various schools. He even spent some time in a children's home. Henriksen left home at the age of twelve and dropped out of school. This left him unable to read until he was 30 when he taught himself to read by studying film scripts.

Henriksen's first job was as a designer of theatrical sets. He received his first role because he built the set for the production. In his early 30's, Henriksen graduated from the prestigious Actors Studio and began a career in acting in New York. His first major acting role was in 1972 in the film, "It Ain't Easy". From there he went on to play a number of supporting roles in films like "Close Encounters of the Third Kind", "Damien: Omen II", "The Right Stuff", and "The Terminator". He is perhaps best known for portraying the android Bishop in "Aliens" and "Alien 3".

One of Henriksen's favorite films to work on was 1993's "Hard Target", later stating that he especially enjoyed working with the director, John Woo. In 1996, Henriksen starred in the television series "Millennium" that was written and produced by Chris Carter, the creator of The X-Files. For his role in Millennium, Henriksen's performance earned him a People's Choice Award nomination for Favorite New Male TV Star and three consecutive Golden Globe nominations for Best Performance by an Actor in a TV Series.

In the years after Millennium (which concluded in 1999), Henriksen has become an active voice actor, lending his distinctive voice to animated features and video game titles. As a voiceover actor he has appeared in "Disney's Tarzan", "Superman: Brainiac Attacks", and "Transformers: Animated".

He has also done voiceovers for video games like "Godkiller", "Red Faction II", "GUN", "Run Like Hell", and "Call of Duty: Modern Warfare 2".

In addition to his television and acting work, Henriksen continues to be involved in films. He has been married and divorced twice, once to Mary Jane Evans in 1985, and again to Jane Pollack in 1995. He has two children named Alcamy and Sage. 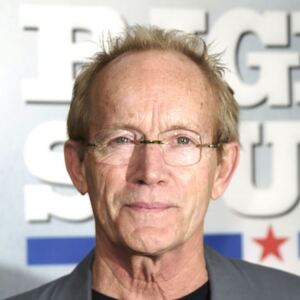