Lance Gross net worth: Lance Gross is an American actor who has a net worth of $1.5 million. Born on July 8th 1981, in Oakland, California, Lance Gross is a rising young star in the field of acting. However, he had initial aspirations to become a professional track and field athlete, which turned them down in order to pursue his dream of acting.

Thus, he obtained a BA degree in theater from Howard University and then trained at The Ivanna Chubbuck Studio and the Tasha Smith Acting Studio. The change of his career resulted in winning a NAACP Image Award for portrayal of Calvin Payne in the TBS sitcom House of Payne. Apart from House of Payne, he starred in other Tyler Perry productions, such as the Meet The Browns film. Gross has also been on "The Bernie Mac Show" as well as " Eve. Furthermore, he co-starred with Forest Whitaker, Carlos Mencia, America Ferrera and Regina King in the 2010 comedy Our Family Wedding. In addition to acting in films and TV series, he made appearances in music videos for several R&B stars including Rihanna, Mariah Carey, Angela Simmons, Mary J. Blige, Tyra Banks. and Kelis. 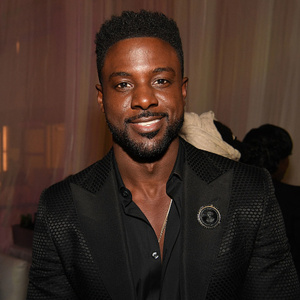