Lana Turner Net Worth: Lana Turner was an American actress who had a net worth of $5 million at the time of her death. Lana Turner (February 8, 1921 – June 29, 1995) was an Idaho native actress who reached the peak of fame in the 1940s and 1950s. Following the World War II, sixteen-year-old Turner was discovered and signed a contract with powerful MGM Studios.

She first attracted audiences' attention in the They Won't Forget (1937). Known as the "Sweater Girl," Turner soon established herself as a leading actress in such movies as Johnny Eager (1941), Honky Tonk (1941), Ziegfeld Girl (1941) and Somewhere I'll Find You (1942). Her subsequent notable turns include those in The Postman Always Rings Twice (1946) and Peyton Place (1957), the latter also bringing her an Academy Award nomination for Best Actress. But all the fame and success Lana Turner enjoyed were also accompanied with an equal degree of notoriety. It was in 1958 that her daughter Cheryl Crane stabbed to death mobster Johnny Stompanato (Lana Turner's lover at the time) with a kitchen knife. Living a life filled with many romances, the actress had been married seven times. After the 70s she was semi-retired in a way, appearing on screen only occasionally. Turner made her next final film performance in 1991, and died from throat cancer four years later. More details about the life of this Hollywood legend can be found in her biography Lana: The Lady, the Legend, the Truth, which was first published in 1982. 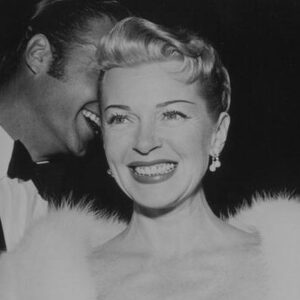