Lamorne Morris Net Worth: Lamorne Morris is an American actor, comedian, and television personality who has a net worth of $4 million. Larmone Morris was born in Chicago, Illinois in August 1983. He graduated from the College of DuPage and The Second City Training center. He debuted on BET hosting the show HotWyred.

Morris hosted the Cartoon Network game show BrainRush in 2009 and also hosted The Pyramid in 2012. His first acting credit came in the 2005 video Insanity. In 2013 he starred in the TV mini-series 24/7 Tebow vs. Mayweather and since 2011 Morris has starred as Winston Bishop in the Fox sitcom New Girl. Lamorne has been featured in commercials for Taco Bell, State Farm Insurance, Twix, 7 Up, Miller Lite, Sears, Chili's McDonald's, Microsoft Windows, and Ford. He was nominated for a Teen Choice Award for Choice TV Breakout Performance – Male for New Girl in 2012. He has also starred in the films To Have & Have More, White T, and Black Rapunzel. He has appeared in episodes of The Middle, The Guild, King's Bachelor Pad, Drunk History, and Kroll Show. He is scheduled to star in the upcoming films Glitch and Sex Ed. 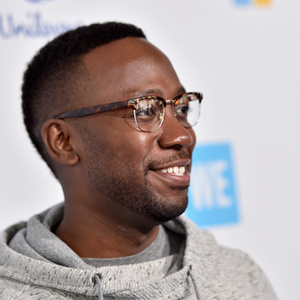