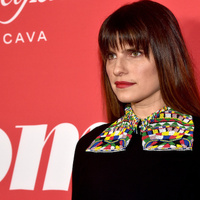 Lake Bell net worth: Lake Bell is an American actress and screenwriter who has a net worth of $3 million dollars. Born in New York City in 1975, Bell began exploring her acting career at Rose Bruford College in London. She scored her first career role with a part in the 2002 movie "Speakeasy" but wouldn't gain recognition until a year later with a lead role in "War Stories" and a part in NBC's "Miss Match". From there, Bell became a recurring cast member on "Boston Legal". She would go on to secure credits in numerous shows and movies, including "Childrens Hospital", "It's Complicated", "No Strings Attached", and "How to Make it in America". She wrote and directed her first short movie in 2010 ("Worst Enemy") and debuted her first feature film as a director ("In A World…") at Sundance in 2013. Bell was named to "Maxim's" Hot 100 list in both 2008 and 2012. The actress also has a passion for cars and serves as a contributing editor for the automotive section of "The Hollywood Reporter," where she also writes a car column called "Test Drive." She is now married to celebrity tattoo artist Scott Campbell after meeting him on the set of "How to Make it in America".