Lainie Kazan net worth and salary: Lainie Kazan is an American actress and singer who has a net worth of $500 thousand. Lainie Kazan was born in Brooklyn, New York in May 1940. She has more than 100 acting credits to her name starting in 1962. Kazan starred as Rose Samuels in the television series The Paper Chase from 1985 to 1986.

In 1987 she starred as Claire Steiner in the TV series Karen's Song. Kazan has had recurring roles in the TV series Tough Cookies, St. Elsewhere, The Nanny, My Big Fat Greek Life, and Desperate Housewives. She has also starred in the movies Harry and the Hendersons, Beaches, The Associate, Permanent Midnight, Bruno, My Big Fat Greek Wedding, Gigli, Red Riding Hood, You Don't Mess with the Zohan, and My Big Fat Greek Wedding 2. Kazan has also acted on stage and has released eight studio albums. She has been nominated for a Golden Globe Award, a Primetime Emmy Award, and a Screen Actors Guild Award. In December 2017, Lainie was arrested in Los Angeles for allegedly shoplifting $180 worth of groceries from a store in the San Fernando Valley. 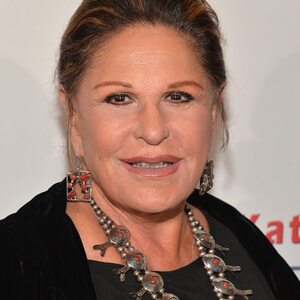