Laila Robins net worth: Laila Robins is an American actress who has a net worth of $6 million. Laila Robins was born in St. Paul, Minnesota in March 1959. She has starred in many stage productions including The Merchant of Venice, A Streetcar Named Desire, Antony and Cleopatra, Macbeth, Frozen, and more.

Robins starred as Victoria Heller on the television series Gabriel's Fire from 1909 to 1991. In 2014 she starred as Martha Boyd on the TV series Homeland. Robins starred as Jamie Nelson on the series Murder in the First in 2015. In 2018 she starred as FBI Agent Dawkins on the television series Deception. Laila Robins has appeared in several films starting with Planes, Trains and Automobiles. In 2015 she was nominated for a Screen Actors Guild Award for Homeland. Laila Robins married Robert Cuccioli in 2000. She has appeared in episodes of the TV series Law & Order, Law & Order: Special Victims Unit, The Sopranos, Law & Order: Criminal Intent, Sex and the City, 30 Rock, All My Children, Blue Bloods, Quantico, The Blacklist, and more. 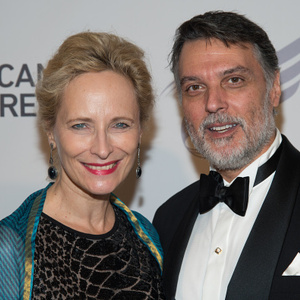