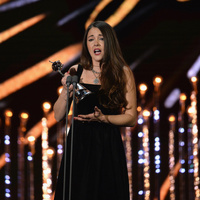 Lacey Turner Net Worth: Lacey Turner is an English actress who has a net worth of $5 million. Born in 1988 in Barnet, Greater London, England, Lacey Turner is one of the best -known soap opera actresses in the United Kingdom. She made her soap opera debut as Stacey on "EastEnders" on the BBC. Turner is a regular on the series, appearing from 2004 until 2010, and then again in 2014 until the present. Turner became the youngest person to win Best Actress at the British Soap Awards when she was 17 years old; she has since gone on to earn more than 30 awards f0r her work as Stacey Slater. Turner has also appeared in two episodes of "Being Human" as Lia Shaman and in the TV movie "Frankenstein's Wedding Live in Leeds" as Elizabeth Lavenza, both in 2011. In 2012, she appeared in two episodes of "True Love" as Michelle Booth before landing the lead role of Ellie Flint in "Bedlam" and a main role as Stella Munroe in "Switch". Turner worked on radio dramas the next year, appearing as Tamsin Geraghty in 2013's "The One About the Social Worker" and as Rube in "Up the Junction". Her most recent work includes the leading role of Molly Dawes on "Our Girl", which she landed in 2013.