What is Kyle MacLachlan's Net Worth and Salary?

Kyle MacLachlan is an American actor who has a net worth of $10 million. Kyle MacLachlan is known for playing a series of recognizable characters on television shows. He played Dale Cooper in the television show "Twin Peaks," Trey MacDougal in the hit HBO series "Sex and the City," Orson Hodge in the ABC series "Desperate Housewives," The Captain in "How I Met Your Mother," the Mayor of Portland in "Portlandia."

It should be noted that Kyle's wife is likely the breadwinner of the family BY FAR. Kyle's wife Desiree Gruber basically served as the executive producer of the reality fashion show "Project Runway" for 16 seasons. She is the CEO/founder of production company Full Picture.

Kyle MacLachlan was born Kyle Merritt McLachlan on February 22nd, 1959 in Yakima, Washington. His mother worked as a public relations director for a local school district, and she sparked his interest in stage acting when she became the director of a local youth theater program. His father worked as a prosecutor, then as a stockbroker. He grew up as the oldest of two brothers, and the family is of Scottish, Cornish, and German ancestry. As a child, he learned how to play the piano, taking lessons from age nine to fourteen. When he was fifteen, he began to study classical singing. He attended Eisenhower High School in Yakima, and he performed in a large number of his high school's plays. When he was seventeen years old, his parents separated and then divorced. After graduating from high school, he enrolled at the University of Washington and studied drama as a student of the Professional Actor Training Program. He graduated cum laude in 1986.

McLachlan made his film debut as an extra in the 1980 mystery thriller "The Changeling," a portion of which was being filmed on the University of Washington campus. The following year, he acted in several stage productions at the Old Lyric Repertory Theatre. His first speaking role in a film came in 1984 in the science fiction epic "Dune," in which he was cast as the leading character Paul Atreides. The film was a flop among critics and at the box office. He struggled to get notable acting parts for the first half of the eighties, but he got his break when he was cast in a leading role for director David Lynch's 1986 thriller mystery "Blue Velvet." The film won and was nominated for dozens of awards including two Golden Globe nominations and an Academy Award nomination. The following year, he was cast in the leading role in the 1987 sci-fi thriller "The Hidden."

In 1989, McLachlan reunited with David Lynch for the television series "Twin Peaks." The show follows the investigation of a young woman's murder in the small town of Twin Peaks, and he was cast as Special Agent Dale Cooper, the lead investigator of the murder. The series ran from 1989 to 1991. McLachlan won a Golden Globe in 1991 for his performance on the show, and he received two Emmy Award nominations. He had a leading role in the 1991 biographical drama "The Doors," and he starred in the 1992 David Lynch film "Twin Peaks: Fire Walk With Me." In 1994, he was featured in the family friendly film "The Flintstones," and in the following year, he had a leading role in the critical flop but cult hit "Showgirls." He saw the release of the drama thriller "The Trigger Effect" in 1996 and of the romantic comedy "One Night Stand" in 1997, but the rest of his work in the nineties was on television movies. 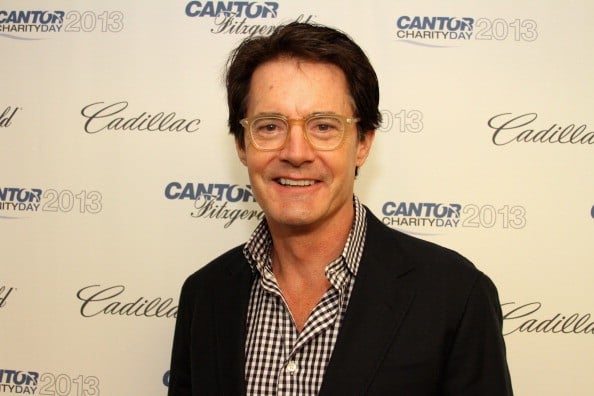 With his recurring character of Trey MacDougal in the HBO hit romantic comedy series "Sex in The City," McLachlan became popular with an entirely new audience demographic. He worked on the show from 2000 to 2002. In 2000, he made his debut at London's West End in the John Klovenbach production "On an Average Day," and his Broadway debut came in 2002 with a role in Harold Pinter's "The Caretaker," starring alongside Patrick Stewart. In 2004, he portrayed Carey Grant in the film "A Touch of Pink." Two years later, he was back on television and starred in the crime drama "In Justice," which ran for one season. Also in 2006, he began starring as Orson Hodge on the ABC series "Desperate Housewives" and remained on the show until 2010. In 2008, he was featured in the teen drama "The Sisterhood of the Traveling Pants 2," and in 2009, he appeared in the biographical drama "Mao's Last Dancer" in addition to the comedy film "The Smell of Success." He landed his next recurring television role in 2010, playing the husband of Ted Mosby's love interest, The Captain, on the sitcom "How I Met Your Mother." He would appear on the series intermittently until 2014. He began playing another impressionable character in 2011 with his role as the Mayor of Portland in the IFC comedy "Portlandia," and he would continue to work on the show until 2018. In 2014, he made several appearances on show "The Good Wife," and he picked up a recurring role on the superhero action series "Agents of S.H.I.E.L.D." For the revival of David Lynch's series "Twin Peaks" in 2017, he reprised his role as Dale Cooper. In 2018, he appeared in the film "Giant Little One," and following year, he had a supporting role in the drama "High Flying Bird." In 2019, he began a recurring role on the television show "Carol's Second Act," which ran until 2020.

McLachlan dated his "Blue Velvet" co-star Laura Dern in the latter half of the 1980s, and he spent most of the 1990s in a relationship with supermodel Linda Evangelista. The two had been engaged for several years before their relationship ended in 1998. He began dating publicist Denise Gruber in 1999, and they married in April of 2002. In 2008, the couple had a son. The family maintains residences in both Los Angeles and New York City.

In 2002, soon after marrying, Kyle and Desiree paid $1.35 million for a condo in NYC's Chelsea neighborhood. They put the condo on the market in 2010 for $2.875 million but apparently did not find a buyer and still own the unit today.