What is Kyle Chandler's Net Worth and Salary?

Kyle Chandler is an American film and television actor who has a net worth of $12 million. He is best known for his role as Deputy Jackson Lamb in the film "Super 8" and in the television shows "Early Edition" as Gary Hobson; for his role on "Grey's Anatomy" as Dylan Young and as Coach Eric Taylor in "Friday Night Lights," for which he won the Primetime Emmy Award for Outstanding Lead Actor in a Drama Series in 2011.

Kyle Chandler was born September 17, 1965 in Buffalo, New York. He and his three siblings are the children of Edward Chandler, a pharmaceutical sales representative, and Sally Jeanette, a dog breeder. He was raised in Lake Forest, Illinois until he was 11 years old and his family moved to a small farm in Loganville, Georgia. As his mother raised Great Danes for show dogs, Chandler traveled with his parents as a child to dog shows and helped out at their dog boarding kennel.

He attended George Walton Academy in Monroe Georgia where he was a member of the football team. He left the team his freshman year following his father's death from a heart attack. After quitting football, he participated in the theatre program at Walton. Chandler's mother continued to run her business to support Chandler and his siblings. Chandler attended the University of Georgia where he was a drama major. In 1998, Chandler dropped out of college to pursue a television deal, just seven credits shy of a bachelor's degree in drama.

Chandler was signed by ABC in 1988 on a talent search. His television film debut was that same year when he played a supporting actor part in "Quiet Victory: The Charlie Wedemeyer Story." He also studied acting around this time with an acting teacher, Milton Katselas. His first major acting role on television was as Army Private William Griner as a member of a special operations squad fighting in Vietnam in the series "Tour of Duty." His film debut came in 1992 in the George Strait film "Pure Country." He then appeared in two seasons of ABC's "Homefront." 1994 saw Chandler's Broadway debut when he co-starred with Ashley Judd in "Picnic."

In 1996, Chandler scored a breakthrough role when he played the lead character in CBS's "Early Edition." He portrayed bar owner Gary Hobson, a man who had the ability to change future disasters who received "tomorrow's newspaper today," delivered to his door by a mysterious cat. Chandler received the Saturn Award for Best Actor on Television for his role. The show ended its successful run in 2000. Chandler continued in television on different guest roles, with a memorable appearance as Dylan Young, the ill-fated bomb squad leader on "Grey's Anatomy." His episode followed the Super Bowl XL.

Chandler became a household name in 2006 when he began starring on Peter Berg's drama series "Friday Night Lights," which followed the lives of a high school football coach (Chandler, playing Coach Eric Taylor,) and his family in a small Texas town. The series was inspired by a book of the same name by Buzz Bissinger. The NBC show was critically acclaimed, but the series was still threatened with cancellation each season. Beginning in season three, the show moved to the DirectTV satellite channel The 101 Network. The show was under the radar at the time, but found a new cult following years later when it hit Netflix. "Friday Night Lights" ended its run in 2011. For his role of Coach Taylor, Chandler won an Emmy for Outstanding Actor in a Drama Series. 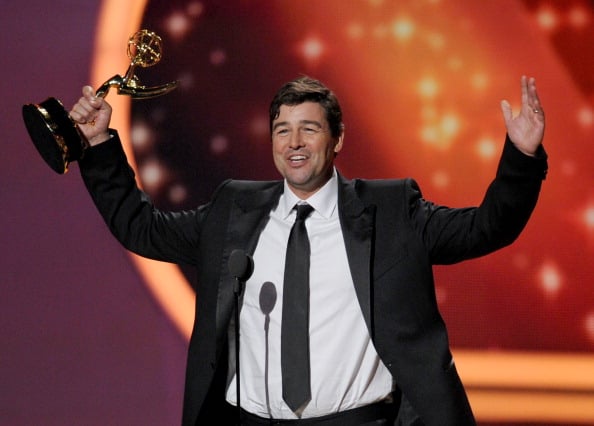 After "Friday Night Lights" ended, Chandler focused his efforts on the big screen. In 2011, he landed a lead role in J.J. Abrams's science fiction film "Super 8." The next year, he had a starring role opposite Ben Affleck in "Argo." Chandler also co-starred in Kathryn Bigelow's "Zero Dark Thirty" in 2012. In 2013, Chandler appeared in "Broken City" with Mark Wahlberg and Russel Crowe. Chandler appeared in 2013's "The Wolf of Wall Street" which was nominated for five Oscars including Best Picture. Later that year, he played a deadbeat alcoholic father in "The Spectacular Now."

In 2015, Chandler starred opposite Cate Blanchett in "Carol," in which he played a jealous husband to his wife. 2015 also saw Chandler's return to TV with the Netflix drama series "Bloodline," for which he was nominated for an Emmy Award. In 2016, he played Casey Affleck's character's older brother in "Manchester by the Sea." In 2017, Chandler played an investigator in the film "The Vanishing of Sidney Hall." He also starred with Rachel McAdams and Jason Batement in the comedy "Game Night" in 2018. In 2019, Chandler appeared in "Godzilla: King of the Monsters." He is set to reprise the role in 2021's "Godzilla vs. Kong." In October 2020, it was announced that Chandler had joined the cast of Netflix's "Slumberland," alongside Jason Momoa.

Chandler has been married to Kathryn Macquarrie since 1995. The couple met at a dog park in the mid-'90s. They have two daughters, Sydney and Sawyer.  Kyle lived in Los Angeles for over two decades, but since 2007, he and his family have lived on a 33-acre spread 30 miles southwest of Austin, Texas, where they own several animals. Chandler's mother, who was living with Alzheimer's came to live with the family toward the end of her life. She died in 2014.

Chandler serves as a volunteer firefighter in his small community of Dripping Springs, Texas. He also participates in an annual charity golf tournament to raise funds for football players living with spinal cord injuries. 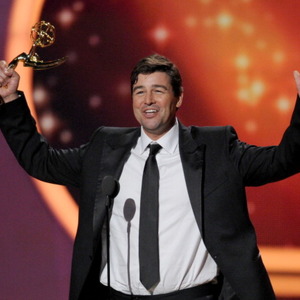