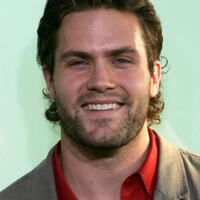 Kyle Brandt net worth: Kyle Brandt is an American television and radio host, executive producer, and media personality who has a net worth of $4 million. Kyle Brandt was born in Hinsdale, Illinois in January 1979. He is the executive producer of The Jim Rome Show. He starred as Philip Kiriakis on the soap opera Days of Our Lives from 2003 to 2007. Brandt served as senior producer for Jim Rome on Showtime from 2012 to 2014 and as a producer on Rome Is Burning in 2008. He was also featured on the MTV reality TV series Real World in 2002. In 2016 Brandt became a host of the NFL Network series Good Morning Football. In 2005 he was nominated for a Soap Opera Digest Award for Favorite Triangle for Days of Our Lives.