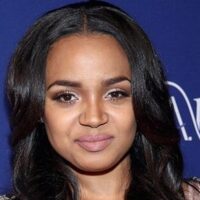 Kyla Pratt net worth: Kyla Pratt is an American actress who has a net worth of $3 million. Born in Los Angeles, California, Kyla Pratt began acting while she was in elementary school, first appearing in commercials and then branching out into television work. Her early projects included guest starring roles on such shows as "Walker, Texas Ranger", "E.R.", "The Parent 'Hood", "In the House", and the role of Mindy on "Barney and Friends". She also appeared in the 1995 film version of "The Babysitter's Club". Throughout the late 90s, she continued to go back and forth between film and television work, including roles in such projects as "The Pretender", "Any Day Now", "Becker", "So Weird", "Dr. Doolittle", and "Love and Basketball". In 2001, she was cast in the role that would bring the most widespread recognition, as Breanna Leticia Barnes in "One on One". She also continued to appear as Maya Doolittle in subsequent "Dr. Doolittle" sequels, and is currently appearing as Crystal in "Let's Stay Together".