Kwon Sang-woo Net Worth: Kwon Sang-woo is a South Korean actor who has a net worth of $10 million. Kwon Sang-woo was born August 5, 1976 in Daejeon, South Korea. He rose to fame in 2003 in the romantic comedy film My Tutor Friend and the melodrama series Stairway to Heaven. Kwon Sang-woo, the most visible example of the so-called "mom-zzang" (slang for "great body") movement, started his career as a fashion model in the late '90s.

His first acting experience was in the TV drama Delicious Proposal, and for the first few years of his entertainment career he landed only minor roles on television before making his big-screen debut in the martial arts film Volcano High (2001). The following year he played his first lead role in the comedy Make It Big (2002) together with real-life best friend Song Seung-heon. Sang-woo's breakthrough came in 2003 with the phenomenally successful romantic comedy My Tutor Friend, where he played a troublesome high school boy who is tutored by a college student of the same age (played by actress Kim Ha-neul). He then appeared in My Good Partner, the world's first movie made for mobile phones, and the music video collection Project X. His next film, released in early 2004, was also a hit. He also appeared in Once Upon a Time in High School, which portrayed the authoritarian society of the 1970s through a notoriously violent high school. Simultaneously, Kwon's TV tearjerker Stairway to Heaven won high ratings. The drama eventually screened throughout Asia and helped turn Kwon Sang-woo into a regional star. His career stalled in 2006 when his films of that year failed to produce the level of success of his previous films, but his clout increased in 2010 with the release of the successful Korean film 71: Into the Fire. In 2009, Sang-woo established the cosmetics firm Natural Tears and was the inaugural advertising model for the brand TEARS, named for his nickname "Mr. Tears", given to him by fans in recognition of his tear-jerking acting in Stairway to Heaven.

He also opened the cafe Tea'Us in Myeong-dong, and is the largest shareholder of the resort Ocean Blue Hotel Bali. 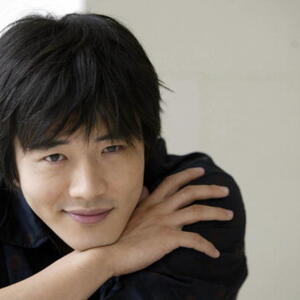