What is Kurt Russell's Net Worth and Salary?

Kurt Russell is an American actor who has a net worth of $100 million dollars. Starting off as a successful child actor, Kurt Russell has subsequently experienced a long and impressive career as a film actor, taking roles as action heroes, villains, and everything in between. Kurt Russell and Goldie Hawn are one of the richest couples in Hollywood, with a cumulative net worth approaching $200 million.

Kurt Vogel Russell was born on March 17th of 1951 in Springfield, Massachusetts. Kurt was born into a family that was familiar with the entertainment business, as his father was an actor and his mother was a dancer. Raised alongside three sisters, Kurt Russell quickly became interested in little league baseball.

Kurt's love for baseball eclipsed his grade school years, and he aimed to follow in the footsteps of his father who had once played baseball professionally. Kurt Russell graduated from high school in 1969. After graduating from high school, Kurt went straight into the California Air National Guard. He served in the 146th Tactical Airlift Wing until 1975.

Kurt Russell has described baseball as "the family business that no one knows about." From the age of 13, Russell was eyeing a career as a professional baseball player – indeed, baseball was initially more important to him than acting was. Russell has stated that baseball was more of a challenge that acting, as acting is as simple as "going out there and saying your lines." As a new player, Russell was scouted by many teams, although few took him seriously because of his existing acting career. These teams figured Kurt Russell would not be a reliable team member because of his acting commitments.

When Russell was eventually signed by the Bend Rainbows, these reservations would prove to be well-founded, as Kurt was often late to training because of movie roles. However, Kurt remained serious about his baseball career and proved to be a talented batter. Unfortunately, he suffered a torn rotator cuff during one game that ultimately led to the end of his baseball dream.

Kurt Russell began his acting career as a child with roles in TV series such as Our Man Higgins. By 1963, Russell was playing the lead in shows such as The Travels of Jaime McPheeters. He followed up with a range of appearances in TV shows throughout the 60s, most of which were Westerns.

One of the last things Walt Disney ever wrote was a note on his desk that read simply "Kurt Russell." No one knows what the late entrepreneur meant by this, but after Disney's death, Kurt Russell signed a major contract with the studio in 1966 and began to appear in many of their films and television shows. Russell had previously starred in an episode of Walt Disney's Wonderful World of Color.

Eventually, Kurt Russell became one of Disney's top stars, appearing in films such as Now You See Him, Now You Don't, and The Strongest Man in the World. After he had abandoned his dream of becoming a professional baseball player, Russell returned to television and appeared in a range of shows. The most notable series was Elvis, a television film that featured Kurt Russell playing the role of Elvis Presley in a biographical context. This was the first time Russell worked with John Carpenter, and it marked the beginning of a long collaboration between the director and actor.

In the 80s, Kurt Russell collaborated with John Carpenter on a number of films, playing action anti-heroes that ultimately made him an entertainment icon. During this period, he is perhaps best known for playing the role of Snake Plissken in Escape from New York and Escape from L.A. He also played the lead in Big Trouble in Little China, which has gained a cult following despite being a box office flop at the time. 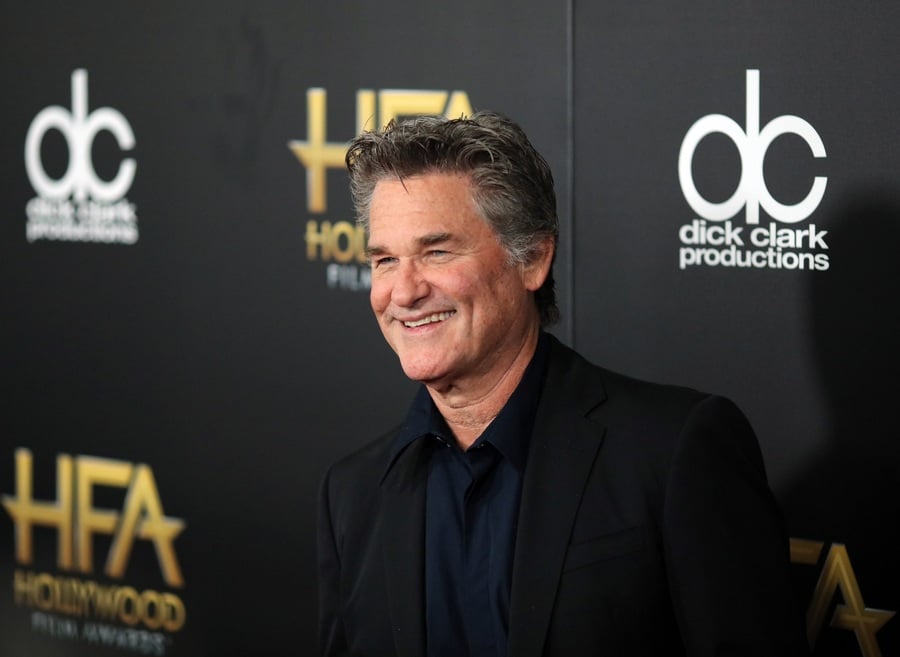 In the early 90s, Kurt Russell booked leading roles in films such as Backdraft, Tombstone, and Stargate. He won considerable praise for his role as a US Olympic hockey coach in Miracle. Russell went on the play the villain in Quentin Tarantino's 2007 movie Death Proof and later co-starred in 2015's Furious 7. In 2017, he and Goldie Hawn were both given stars on the Hollywood Walk of Fame.

Although Russell married actress Season Hubley in 1979 and had a child with her, the couple divorced in 1983. He later began a lifelong relationship with Goldie Hawn and had another child with her. Speaking about their decision not to get married, the couple has defended their choice by saying that each day, they wake up and "choose to be with each other," which makes their relationship more meaningful. Goldie Hawn also has a very high net worth, making the pair one of the most valuable "power couples" in Hollywood.

Kurt Russell is an avid hunter and an outspoken supporter of gun rights. In addition, he is a licensed pilot who is qualified to fly a range of aircraft. Kurt Russell identifies as a Libertarian.

Over the years, Kurt Russell and Goldie Hawn have made significant investments in real estate. In 1997, they acquired a luxurious penthouse in Manhattan for $3.8 million. In 2003, they purchased a house in Palm Desert, California for about $3.6 million. In 2011, they bought a more substantial, clifftop home in the same area for $5.7 million. In addition, Russell and Hawn own homes in Vancouver, Canada, and Brentwood, California.

The couple also owns several vacation homes, including a lakefront property in Ontario, a vineyard in the Santa Ynez Valley, and a $14.75 million oceanfront retreat in Malibu. Their Malibu retreat features 4,300 square feet of living space and expansive, gated outdoor area with fountains. In 2019, Russell and Hawn sold a property in Pacific Palisades for $6.9 million. They currently live on a 72-acre ranch just outside of Aspen, Colorado.