Kuno Becker Net Worth: Kuno Becker is a Mexican actor who has a net worth of $8 million. Kuno Becker was born January 14, 1978 in Mexico City, Mexico. He is a veteran of telenovelas, Mexican cinema and U.S. cinema, but is best known for his portrayal of Ruben Berrizabal in Soñadoras and Santiago Muñez in the football movie Goal!

and its followup sequels. He is best known in the United States as Drew Ramos on the American drama series Dallas (remake). His grand aunt Maria Felix is one of Mexico's most famous actresses of all time. Kuno Becker learned to play the violin at the age of five and studied in Salzburg, Austria at the Mozarteum as well as the Nacional de Musica in Mexico. He is also a graduate of Televisa's prestigious Center for Artistic Education in Mexico. At the age of 17, Kuno made the decision to set aside his career as a violinist in order to pursue what he now considers his greatest passion-acting. He auditioned with more than 3,200 candidates and was accepted as a student at the Centro de Educación Artística (CEA) of Televisa. His most recent (Mexican) film projects are From Mexico with Love, Spoken Word, Te Presento a Laura, La Ultima Muerte and Cabeza de Buda. He wrote the script for a Mexican film he subsequently starred in, based on the earthquake that hit Mexico in 1985 and entitled Espacio Interior. Kuno Becker also portrayed Esteban Navarro, a recurring antagonist, in the tenth season of the American program CSI: Miami. 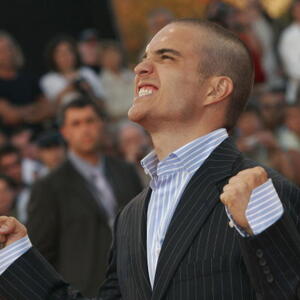