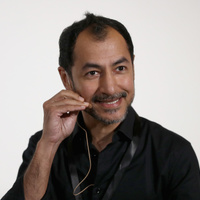 Kunal Kapoor Net Worth: Kunal Kapoor is an Indian actor who has a net worth of $20 million. Kunal Kapoor was born October 18, 1977 in Mumbai, India. Kunal's career took off with the critically and commercially acclaimed film Rang De Basanti for which his performance received a nomination in the Filmfare Best Supporting Actor Award category (2006). Kapoor began his career as an assistant director on the Amitabh Bachchan film Aks. He began his acting career training under theatre legend Barry John. Kapoor continued his theatre career with Motley, a theater group run by Naseeruddin Shah. He made his movie debut starring opposite Tabu in Meenaxi: A Tale of Three Cities. In 2006, Kapoor became an overnight sensation with the hit film Rang De Basanti, which was nominated in the Best Foreign Film category at the 2007 BAFTA Awards. His performance was acclaimed and he received a Filmfare Best Supporting Actor Award nomination. He went on to appear in several other films such as Sameer Sharma's lighthearted comedy film Luv Shuv Tey Chicken Khurana in which he played the lead role. The film and Kunal, both received great reviews and the film was hailed by critics as being amongst the ten best films of the year. NY times reviewed it favorably and called Kunal, the "Indian Matthew Conaughey." Kunal Kapoor went on to appear as Raj Comics' superhero Doga . He then appeared in Chamkila, a biography of controversial Punjabi singer Amar Singh Chamkila. He reportedly recently became engaged to Amitabh Bachchan's niece, Naina Bachchan. Kapoor starred in the Malayalam film Veeram in 2017.