Krysta Rodriguez Net Worth: Krysta Rodriguez is an American actress who has a net worth of $1 million. Krysta Rodriguez was born July 23, 1984 in Orange, California. She portrayed the role of Wednesday Addams in the 2009 Broadway musical The Addams Family. She is best known as a regular on the second (and final) season of the NBC series Smash in 2013.

At the age of 13, she began taking dance lessons. After traveling to New York and seeing eight Broadway shows, she came to realize that performers had to sing and act as well as dance so Rodriguez began taking singing and acting lessons. She went on to be a cast member of the Christian television show Colby's Clubhouse from 1995 to 2000. Rodriguez attended Orange County High School of the Arts where she played many lead roles, including Marian in The Music Man and the lead role in Gidget: The Musical, a musical co-written and directed by Francis Ford Coppola, which starred Orange County High School of the Arts students during its (ultimately unsuccessful) tryouts in 2000. Rodriguez made her Broadway debut in the short-lived 2005 jukebox musical Good Vibrations. In July 2013, Rodriguez returned to Broadway playing the lead in First Date the Musical, costarring with Zachary Levi. She was scheduled to have a major role in the planned CBS sitcom "How I Met Your Dad"; a spinoff and successor to the long-running sitcom "How I Met Your Mother", but on March 25, 2014 it was announced that Rodriguez had exited the pilot. Rodriguez frequently collaborates with American musical theatre writer Joe Iconis. 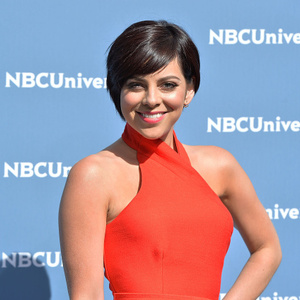