What is Kristy Swanson's Net Worth?

Kristy Swanson is an American actress who has a net worth of $4 million. Kristy Swanson is probably most well-known for her role as Buffy Summers in the film production of "Buffy the Vampire Slayer."

Swanson was born on December 19, 1969 in Mission Viejo, California. She decided she was interested in acting from a young age, expressing to her parents she would like to begin auditioning for roles at the age of nine. She began going for television commercial roles and landed her first job appearing in a doll house commercial. She soon after landed a number of other commercials and also began training at The Actors Workshop, one of southern California's oldest film acting programs.

After she began training at The Actors Workshop with R.J. Adams, Swanson starting booking appearances on television series. Some of her early television roles include appearances on "Cagney and Lacey" and "Alfred Hitchcock Presents."

In 1986, she made her big screen film debut in two different John Hughes films. She had a non-speaking role in "Pretty in Pink," appearing at the end of the film after Hughes decided the ending needed to be re-shot in order to test better with audiences. She also was cast as a minor role in "Ferris Bueller's Day Off," appearing as a character who creates a complicated excuse for one of Ferris' absences in class.

She also landed her first starring role in 1986, appearing in "Deadly Friend" by director Wes Craven. She played the "girl next door" role of Samantha. The following year, in 1987, she played the role of Cathy in the adaptation of author V.C. Andrews' book, "Flowers in the Attic."

Throughout the end of the 1980s and into 1990, Swanson continued booking television roles. She appeared a number of different times on "Knots Landing" in 1987 and 1988 and also in "Nightingales" in 1989, which was her first starring television role. She also appeared in the short-lived Burt Reynolds series called "B.L. Stryker." 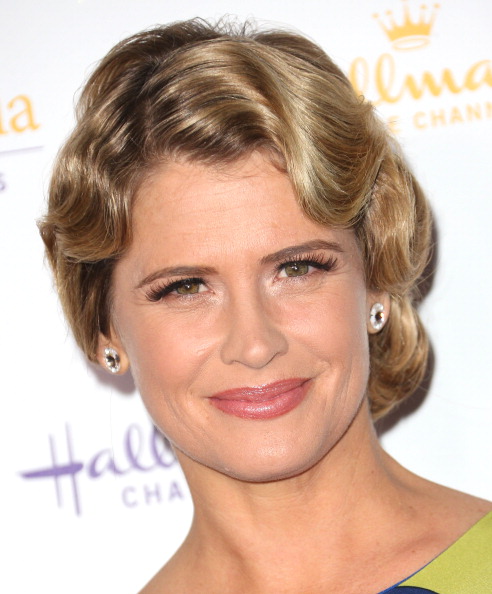 Swanson then transitioned to appearing primarily in films throughout the 1990s. In 1992, she landed her largest film role to date as the title character in "Buffy the Vampire Slayer." The film was not initially very successful in theaters but it went on to become quite a successful movie rental. It also later spawned the popular television show, though another actress played the part of Buffy in the television series. Other films that Swanson appeared in around this time included "Hot Shots!," "The Program," and "The Chase."

Swanson's most critically acclaimed role came when she landed the role of Kristen Conner, a student discovering her sexuality in the John Singleton film, "Higher Learning." However, much of her other film work was not very highly reviewed throughout the late 1990s, with other roles in films like "The Phantom" and "8 Heads in a Duffel Bag," neither of which did very well at the box office. By the late 1990s, Swanson had decided to return to work in television, though she also continued taking film roles.

In 1998, Swanson landed the role of Erica Page, the love interest of the main character of the show "Early Edition." The next year, in 1999, Swanson played opposite of Adam Sandler in the film "Big Daddy." She then played as the starring role in the 2000 series, "Grapevine," a remake of the 1992 series that had been cancelled after only five episodes. She also had a part in the successful 2000 film, "Dude, Where's My Car?" along with Ashton Kutcher, Seann William Scott, and Jennifer Gardner.

In November of 2002, Swanson made the decision to appear nude in Playboy magazine. She was featured in a cover pictorial. Throughout the 2000s, Swanson continued working steadily in both film and television, though did not land any notable projects. Some films she has appeared in since 2000 include "Soul Assassin," "What If…," and "A Parent's Worst Nightmare." In terms of television, she has appeared in episodes of "Just Shoot Me!," "CSI: Miami," "Law & Order: Criminal Intent," Hell's Kitchen," "One Tree Hill," and "Psych," among a number of others. Additionally, in 2006, she appeared in the celebrity reality competition on Fox called "Skating with Celebrities," in which she was partnered with Lloyd Eisler. The pair made it all the way to the end of the competition, with Swanson ultimately winning the show.

In 2021, Swanson announced that she would be starring in "Just Another Dream," alongside her long time friend and fellow actor, Dean Cain.

After meeting Lloyd Eisler on "Skating with Celebrities" in 2006, the pair started dating and then got married in 2009. They have since had one son together.

Swanson has been public in her political persuasions and is a Republican. She participated in the stage play, "Obamagate," which was supportive of Donald Trump. She had also stated that she has received death threats due to her support of Trump. 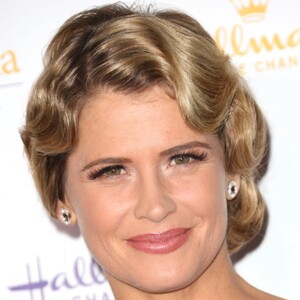