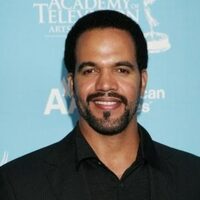 Kristoff St. John net worth and salary: Kristoff St. John was an American actor who had a net worth of $6 million at the time of his death. Kristoff St. John was born in New York, New York in July 1966. He is best known for playing the role of Neil Winters on the soap opera The Young and the Restless. St. John made his television debut in the series That's My Mama in 1975. From 1979 to 1980 he starred as Ahmad Abdul Rahim in the TV series The Bad News Bears. He starred as Charlie Richmond Jr. in the series Charlie & Co. from 1985 to 1986. St. John's best known role has come starring as Neil Winters in the TV series The Young and the Restless since 1991. He became a host for the TV Guide Channel in 2005. St. John has won Daytime Emmy Awards in 1992 and 2008 for The Young and the Restless and has been nominated for six more. He has also won 10 Image Awards for Outstanding Actor in a Daytime Drama Series. Kristoff has been married and divorced twice. In November 2014 his son Julian committed suicide after battling mental illness. Tragically, Kristoff died on February 3, 2019 at the age of 52.