Kristofer Hivju net worth: Kristofer Hivju is a Norwegian actor, producer, and writer who has a net worth of $3 million. Kristofer Hivju was born in Oslo, Norway in December 1978. He is best known for starring as Tormund Giantsbane in the television series Game of Thrones since 2013. Hivju has starred in the movies Manhunt, The Thing, After Earth, In Order of Disappearance, Force Majeure, Operation Arctic, and Wendyeffekten.

He wrote the short Flax in 2008 and is scheduled to star in the upcoming films Exodus: Humanity Has a Price, and The Last King. Hivju was nominated for a Screen Actors Guild Award in 2014 for Game of Thrones and won a Guldbagge Award in 2015 for Best Supporting Actor in Turist. He signed with Wyndham Hotel Group in 2015 as the Wyndham Rewards Wyzard. 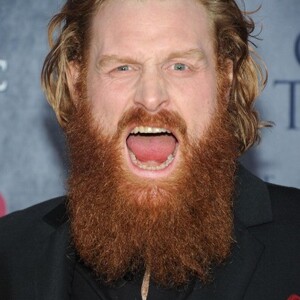