Kristine Leahy net worth and salary: Kristine Leahy is an American television host and sports reporter who has a net worth of $3 million. Kristine Leahy was born in Chicago, Illinois in October 1986. She earned a journalism degree from Boston University and then worked at sports radio station WEEI in Boston. Leahy became an official reporter for the Boston Celtics and worked at FOX Boston. She has hosted the reality television series American Ninja Warrior since 2015. Leahy is also the co-host and newswoman for the Fox Sports 1 radio simulcast The Herd with Colin Cowherd and an anchor and reporter for KCBS-TV in Los Angeles, California. Leahy is also involved in e-sports and appeared at the Intel Extreme Masters Season X – San Jose in 2015. She also appeared in episodes of the TV series Pitch in 2016.

Lonzo Ball Incident: In May 2017, Kristine was the target of remarks that were interpreted as sexist from NBA buffoon LaVar Ball. While refusing to face her direction, Ball repeatedly told Kristine to "stay in her lane", among other disparaging statements. 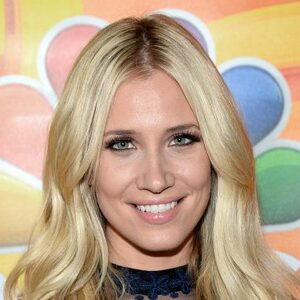