Kristin Chenoweth Net Worth: Kristin Chenoweth is an American actress and singer with a net worth of $16 million. She is well known for her roles in television shows "Glee," "Pushing Daisies," and for her performance in the Broadway play "Wicked."

Early Life: Kristin Dawn Chenoweth was born on July 24th, 1968 in Broken Arrow, Oklahoma. She was adopted when she was five days old by Junie Smith Chenoweth and Jerry Morris Chenoweth, who both worked as chemical engineers. She has stated that she is one quarter Cherokee. As an adult, she met her biological mother whose uncle had seen Chenoweth on a late-night talk show a decade earlier and commented on their resemblance. She showed an interest in music and performing at a young age, and she would sing gospel songs at local churches. At the age of twelve, she performed at the Southern Baptist Convention where she sang the Evie song "Four Feet Eleven," which is her actual height. She attended Broken Arrow High School where she was active in the school's theater department. After graduating, she attended Oklahoma City College, which is a small private Christian college. She was a member of the Gamma Phi Beta sorority, and she participated in beauty pageants, winning the title of Miss Oklahoma City University. In 1990, she graduated with a bachelor's degree in musical theatre but remained at the school to obtain a master's degree. She was the second runner-up for the title of Miss Oklahoma in 1991, and in 1992, she completed her master's degree in opera performance.

Early Career: She performed at The Lyric theater in Oklahoma City while finishing her master's degree, and she occasionally travelled to play at regional theaters. Her early theater work includes roles in "Gone with the Wing," "Promises, Promises," and "The King and I." She won the title of "Most Promising Up-and-coming Singer" by the Metropolitan Opera National Council auditions in 1992. The prize came with the title in addition to a full scholarship to the Academy of Vocal Arts in Philadelphia. Prior to her classes beginning, she went to New York City to help a friend move, and she auditioned for a part in the Paper Mills Playhouse production "Animal Crackers." Once she got the part, she decided to turn down the scholarship and moved to New York to pursue a career in musical theater.

She spent the nineties acting in regional productions and Off-Broadway plays including "Babes in Arms," "Phantom," "The Fantasticks," and "Box Office of the Damned." Her Broadway debut came in 1997 with a role in the musical "Steel Pier," and for her performance, she was awarded a Theatre World Award. In 1999, she appeared in the Broadway revival "You're A Good Man, Charlie Brown," starring as the title character's younger sister. She won the Tony and Drama Desk award for her performance. She also made her television debut in 1999 with a role in the mini-series "Paramour" and an appearance on the children's series "The Wonderful World of Disney." In 2003, she became known to mainstream audiences with her role as Glinda in the Broadway play "Wicked." 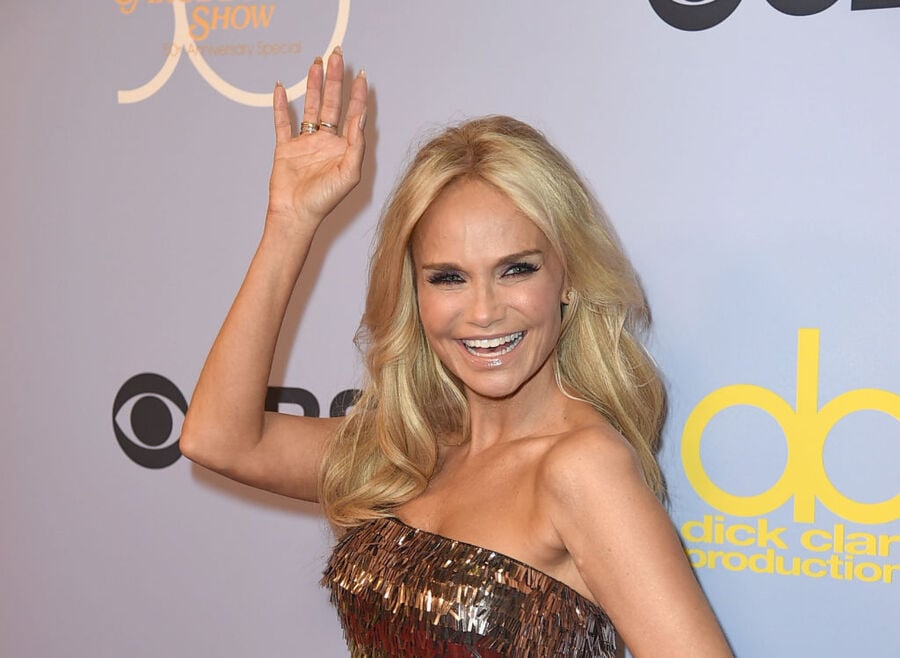 Television and Film: In the 2000s, Chenoweth began to transition into acting on television and film but continued to act in stage productions. In 2001, she was the star of the television series "Kristin," which was cancelled after one season. The next year she made her film debut in "Topa Topa Bluffs," which was directed by Oscar Award winner Eric Simonson. In 2005, she made herself known to mainstream audiences with a supporting role in "Bewitched," alongside Nicole Kidman, Will Ferrell, and Michael Kaine. Although the film was panned among critics and had a performed mediocrely at the box office, Chenoweth won an award for "Outstanding Supporting Actress Performance in a Film" at the 2006 First Americans in the Arts Awards. Her co-stars received Razzie Award nominations. She continued in film with a supporting role in the 2006 family friendly comedy "RV" in addition to a role in the Steve Martin led comedy-mystery "Pink Panther," which was the tenth installment of the franchise. She had supporting roles in three more film releases that year including the comedy-dramas "Running with Scissors" and "Stranger Than Fiction" then the Christmas comedy "Deck the Halls." In 2008, she had a supporting role in "Four Christmases" alongside Reese Witherspoon, and the following year, she appeared in the indie drama "Into Temptation."

As she was playing supporting roles in feature films, she was also building her resume in television. From 2004 to 2006, she had a recurring role on the popular political drama series "The West Wing," and she had a prominent role on the comedy drama series "Pushing Daisies" from 2007 to 2009. She was nominated for two Emmy Awards for her work in latter show, and she along with the cast of "West Wing" received two Screen Actors Guild Award nominations. She starred in the 2009 animated comedy series "Sit Down, Shut Up," alongside Will Arnett and Jason Bateman, and later that year, she began a recurring role as April Rhodes on the teen musical drama "Glee." She appeared on season four of the political drama "The Good Wife" in 2012 but left the show due to injuries sustained on set. In 2017, she was featured in the Starz show "American Gods," and in 2018, she was in the second season of the surreal comedy "Trial & Error."

Personal life: Chenoweth has dated several high-profile actors including Dana Brunetti, Seth Green, and Lane Garrison but has not married. In 2009, she published a memoir A Little Bit Wicked. She has been open about her Christian faith but has described herself as socially liberal. She suffers from an inner ear condition called Ménière's disease that causes vertigo, and it has caused her to sometimes need to use her cast members for balance on stage. 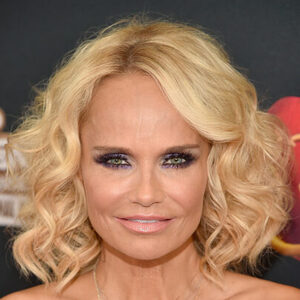