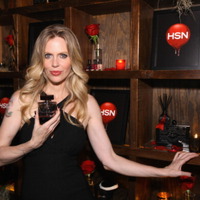 Kristin Bauer Net Worth: Kristin Bauer is an American actress and artist who has a net worth of $4 million. Kristin Bauer (Van Straten) was born November 26, 1966 in Racine, Washington. She is best known for her roles as vampire Pamela Swynford De Beaufort on the HBO television series True Blood, Jerry's girlfriend Gillian on Seinfeld and as sorceress Maleficent in the ABC series Once Upon a Time. After studying fine arts in several colleges, she moved to Los Angeles to pursue an acting career. While working as an actress, she continued to work on portraits she had been commissioned for. She made her acting debut in 1994, initially taking guest roles in several television shows. Her big break came in 1997 when she held a recurring role in the series Total Security. During this time she also starred in films such as Glory Daze and Romy and Michele's High School Reunion. Probably her most well-known film role, however, was in 2000's Dancing at the Blue Iguana. Bauer's list of credits are still dominated by television, with guest roles in shows such as Boomtown, Two and a Half Men, Less Than Perfect, CSI, Desperate Housewives and Bones and a recurring role in That's Life. She also appeared in the films 50 First Dates and Life of the Party. She went on to be cast as part of HBO's True Blood, playing bar assistant and eventual vampire Pam. In 2011, she teamed with the Animal Legal Defense Fund in the fight to free Tony, a 10-year-old Siberian-Bengal tiger who has spent every day and night of the last decade at the Tiger Truck Stop in Grosse Tete, Louisiana. She has also worked with Physicians Committee for Responsible Medicine to promote cosmetics that are not tested on animals.