Kristin Adams net worth: Kristin Adams is an American television personality and entertainment correspondent who has a net worth of $400 thousand dollars. Kristin Adams was born in Plano, Texas, and graduated from Texas Christian University. While at TCU, she was part of the elite Dallas Cowboys Cheerleading team. She first gained widespread notice when she made it through to "Hollywood Week" on the first season of "American Idol". She was then asked to join the show's second season as a co-host, but the idea was subsequently shelved. Since then, she has served as the host for a variety of radio and television projects including, the morning co-host for KRBV radio, the host for STARZ Network, the host of G4's "Cheat", poker night host for the Game Show Network, and a host for the Speed Channel's show, "Nissan GT Academy". In addition to her hosting work, she has also acted in commercials, appeared on the show, "Dirty Sexy Money", and performed with the rock group, Stranger Days, from 2004-2007. 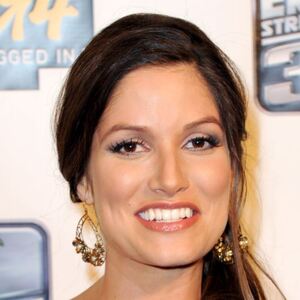