Kristian Nairn Net Worth: Kristian Nairn is an Irish actor and DJ who has a net worth of $500 thousand. Kristian Nairn was born in Lisburn, Northern Ireland in November 1975. He is best known for playing the role of Hodor in the TV series Game of Thrones. Nairn came out publicly as gay on a Game of Thrones fan site in March 2014. His first and best known TV role came as Hodor in the HBO television drama series Game of Thrones since 2011. From 2012 to 2013 he had a recurring role as Barnaby on the TV series Ripper Street. In 2014 he starred in the TV movie Our Gay Wedding: The Musical. He has also appeared in the TV series Chronicles of Comic Con and The Will Wheaton Project. Nairn will appear in the 2014 documentary Treasure Trapped. As a DJ Nairn has worked with successful acts such as the Scissor Sisters and Calvin Harris. 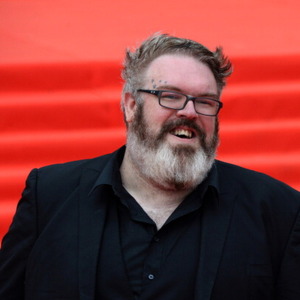