What Is Kristen Johnston's Net Worth and Salary?

Kristen Johnston is an American actress and author who has a net worth of $6 million. Johnston is best known for her Emmy-winning performance as extraterrestrial Sally Solomon on the NBC sitcom "3rd Rock from the Sun" (1996–2001), and she starred as Holly Franklin on TV Land's "The Exes" (2011–2015) and Tammy Diffendorf on the CBS series "Mom" (2018–2021).

Kristen Johnston was born Kristen Angela Johnston on September 20, 1967, in Washington, D.C. Her father, Rod (who passed away in 2018), was a Republican state senator for Wisconsin from 1979 to 1985. Kristen has a brother named Scott, and sadly, her sister, Julie, died in August 2020. Johnston announced the news on social media, writing, "Yesterday my beautiful younger sister Julie lost her battle with addiction. I know she's finally at peace. She had the best belly laugh in the world." Kristen attended Whitefish Bay High School in Wisconsin, and after graduating in 1985, she enrolled at New York University's Tisch School of the Arts, earning a Bachelor of Fine Arts in drama in 1989.

Johnston appeared in plays with David Mamet's Atlantic Theater Company as well as the Naked Angels Theater Company and New York Stage and Film. She made her television debut in 1994 when she guest-starred on "As the World Turns," "Chicago Hope," and "The 5 Mrs. Buchanans," and her first film was 1995's "Backfire!" A casting agent who saw Kristen in a Lincoln Center Theater production of "The Lights" recommended her for the upcoming NBC sitcom "3rd Rock from the Sun," and she was cast after several auditions. Johnston starred as Sally Solomon from 1996 to 2001 alongside John Lithgow, French Stewart, Joseph Gordon-Levitt, and Jane Curtin. "3rd Rock from the Sun" aired 139 episodes over six seasons and earned Kristen two Primetime Emmys. While starring on "3rd Rock from the Sun," Johnston also played Ivana Humpalot in "Austin Powers: The Spy Who Shagged Me" (1999) and Wilma Slaghoople in "The Flintstones in Viva Rock Vegas" (2000), and she narrated the TV movie "Microscopic Milton." She had an uncredited role as a dancer in 2002's "Austin Powers in Goldmember," and in 2004, she guest-starred on "Sex and the City" and had a recurring role as Head Nurse Eve Peyton on "ER." 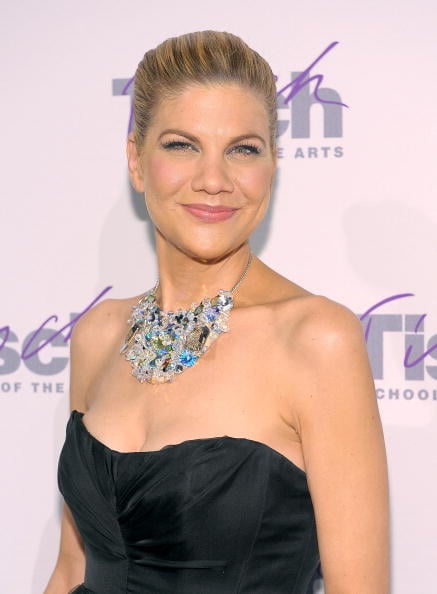 Kristen discussed her battle with addiction in her 2012 autobiography, saying that she became dependent on pills and alcohol as a teenager. She revealed that her Vicodin addiction resulted in a ruptured stomach ulcer the day after a play she was starring in, "Love Song," opened in London. Though she was five years sober when she wrote the book, Kristen told "Entertainment Weekly" in March 2012, "The most important thing I want to express to people is that I'm not cured. I could probably relapse in a minute. Who knows? It's just a weird disease that sneaks up on you and all of a sudden you're boozing at the bar, or whatever. And it doesn't have to be because of you or pressure or this-or-that. It just can be. The most important thing is that I didn't want to set myself up for failure and be like, "Look at me!" I wanted to write the book that I needed when I was suffering." Johnston established the charitable organization SLAM, NYC (Sobriety, Learning and Motivation) and mentored teenage girls dealing with self-esteem issues and addiction. In 2013, she was diagnosed with lupus myelitis after visiting 17 different doctors to find out why she had been feeling "so weak and exhausted she couldn't lift her neck without a brace." After her diagnosis, Johnston underwent chemotherapy, and within six months, she was in remission. Her rheumatologist, Dr. Daniel J. Wallace, told "People" magazine in July 2014 that "if she'd waited a few weeks longer, she could have ended up quadriplegic."

Johnston earned three Primetime Emmy nominations for Outstanding Supporting Actress in a Comedy Series for "3rd Rock from the Sun," winning in 1997 and 1999. In 1997, she received a Golden Globe nomination for Best Performance by an Actress in a Supporting Role in a Series, Miniseries or Motion Picture Made for Television for the show as well as nominations from the American Comedy Awards, Online Film & Television Association, Screen Actors Guild Awards, and Viewers for Quality Television Awards. The "3rd Rock from the Sun" cast earned Screen Actors Guild Award nominations for Outstanding Performance by an Ensemble in a Comedy Series in 1997, 1998, and 1999, and in 2001, Kristen received a "TV Guide" Award nomination for Supporting Actress of the Year in a Comedy Series. In 2015, she won a Gracie Allen Award for Outstanding Female Actor in a Leading Role in a Comedy or Musical for "The Exes" She also earned a Best Supporting Performance nomination for "For the Love of George" at the 2017 Orlando Film Festival and a Best Actress in a Feature Film nomination for "Thrill Ride" at the 2018 North Hollywood Cinefest. 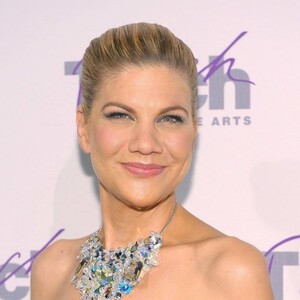