Kristen Hager Net Worth: Kristen Hager is a Canadian actress who has a net worth of $500 thousand. Kristen Hager was born January 2, 1984 in Red Lake, Canada. She made her television debut in the miniseries Beach Girls in 2005 and a year later appeared in the TV series Runaway, which starred Donnie Wahlberg and child actress Niamh Wilson.

She also made an appearance in the Golden Globe Award-winning film I'm Not There. She is perhaps best known for her appearance in the movie Aliens vs. Predator: Requiem, the sequel to Alien vs. Predator. Hager also played the role of Cathy in the 2008 film Wanted. During that same year, she appeared in Murder on Her Mind as Aimee Linden and in You Might As Well Live as Cookie. She starred as Adele Edmond in the 2009 Canadian TV series Wild Roses and in 2011 she was cast in Textuality, starring Jason Lewis and Eric McCormack. Also in 2011, Hager was cast as Nora, a main character in the series Being Human, who was a werewolf. Other appearances include St. Urbain's Horseman (a miniseries), The Dresden Files, Sophie, The Listener, Valemont, Sorority Wars, Ties That Bind, The Right Kind of Wrong and others. 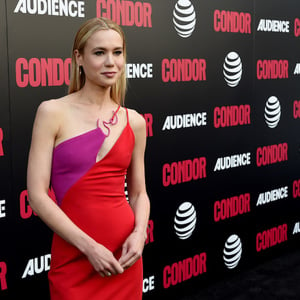