Krista Allen Net Worth: Krista Allen is an American actress who has a net worth of $4 million dollars. Krista Allen was born in April of 1971 in Ventura, California and is best known for her work in various television and movie roles, including a recurring character on the Days of Our Lives and Baywatch Hawaii.

Some of her film roles include appearances in Liar Liar, Confessions of a Dangerous Mind, Anger Management, and The Final Destination. She is known for her ability to cross between genres and take on various character traits. Allen got her start in acting in 1994, when she appeared in Emmanuel in Space, an erotic-themed made-for-TV movie that was based off a book of the same name. She then went on to take additional roles for television as well as movie parts as she became more well known among the public. Today she has regular recurring and guest roles on TV shows. Allen has stated that she follows a vegan lifestyle, which is talked about in her blog, Veggie Boom Boom. In 2009, she married Iranian rapper, Mams Taylor. However, the couple filed for separation in 2011 and have since divorced after filing paperwork in February of 2012. 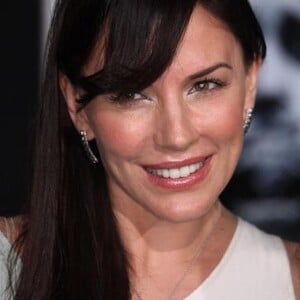