Kris Wu net worth: Kris Wu is a Canadian-Chinese actor and singer-songwriter who has a net worth of $9 million. Kris Wu was born in Guangzhou, Guangdong, China in November 1990. He is formerly a member of the group EXO and was the leader of its sub group EXO-M. Wu took action against SM and nullified his contract to leave the group in 2014.

At 11 years old he immigrated to Canada and now speaks Cantonese, English, Korean, and Mandarin Chinese. Wu has starred in the television variety shows Happy Camp, After School Club, Weekly Idol, Infinite Challenge, Cool Kiz on the Block, Day Day Up, and A Date with Lu Yu. In 2014 he won a Sohu Fashion Award for Asian Fashion Icon of the Year and a Sina 15th Anniversary Award for Outstanding Youth Award. In 2015 Wu won a Best New Actor award at the 3rd China International Film Festival London. He has starred in the movies Somewhere Only We Know and Mr. Six in 2015. 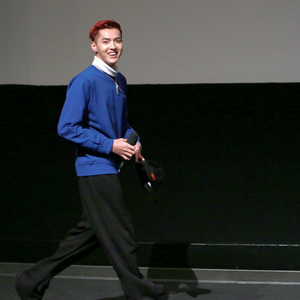