KJ Apa Net Worth: KJ Apa is a New Zealand actor who has a net worth of $3 million. Apa is best known for starring as Archie Andrews on The CW series "Riverdale," which began airing in 2017. He also played Kane Jenkins on the New Zealand soap opera "Shortland Street" (2014–2015), and he has appeared in several films, including "A Dog's Purpose" (2017), "The Last Summer" (2019), and "I Still Believe" (2020). KJ often shows off his musical abilities on "Riverdale," and he sang and played guitar while portraying real-life Christian music singer Jeremy Camp in "I Still Believe."

Early Life: KJ Apa was born Keneti James Fitzgerald Apa on June 17, 1997, in Auckland, New Zealand. He grew up with mother Tessa (a European New Zealander), father Tupa'i Keneti (a Samoan who is chief of his village), and older sisters Ari and Timena. KJ's uncle is Michael Jones, a former rugby union player. Apa attended King's College and landed his first acting role as a teenager.

Career: KJ made his television debut in 2013 when he was cast as Kane Jenkins on "Shortland Street." He appeared in 46 episodes of the show, then moved to Los Angeles when he was 18. Apa filmed his first movie, "A Dog's Purpose," in 2015, and he had a recurring role on the New Zealand series "The Cul de Sac" in 2016. That year he was cast on "Riverdale" after a four-month talent search. "Riverdale" is based in the characters of Archie Comics, and K.J.'s Archie Andrews is a loyal, kind-hearted person who hasn't had it easy; over the course of the series, he has dealt with his father's tragic death, survived a bear attack, and was framed for murder (by his girlfriend's father) and forced to take part in an underground fight club.

In 2018, Apa appeared in the film "The Hate U Give," and the following year, he starred as Griffin Hourigan in the romantic comedy "The Last Summer." In 2020, he starred in the action thriller "Dead Reckoning" and the biographical Christian film "I Still Believe," and he co-starred with Demi Moore, Bradley Whitford, and Craig Robinson in "Songbird," which is about the COVID-19 pandemic and was the first movie to film in L.A. during lockdown. In March 2021, KJ released a song, "Atmosphere," with his "Riverdale" co-star Hart Denton. 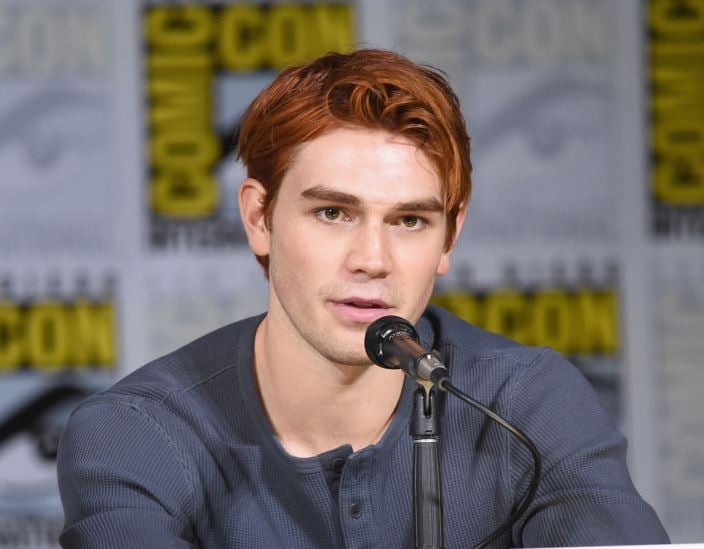 Personal Life: KJ was raised in a Christian household, and in an interview with "Elle" magazine, he stated, "I'm a Christian, so my relationship with my spiritual side and relationship with God is everything to me." In September 2017, Apa was in a car accident in Vancouver as a result of falling asleep at the wheel after working a 14-hour day on the set of "Riverdale." KJ was not injured, but the passenger side of his car was destroyed after hitting a light pole. In July 2020, he split his head open and had to get stitches after he was injured while doing a stunt on the set of "Songbird."

The "Riverdale" cast was devastated after their co-star Luke Perry passed away in March 2019. Apa said of his TV dad, "He's one of the best people I've ever known in my life. I hope I can be half the man that he was." KJ also revealed that Luke treated him like a son off-screen as well, saying "He would call my parents every week and keep them updated on how I'm doing. If I had a cold or something he'd be like, 'I got him, I brought some Gatorade to his apartment the other day.'"

Awards and Nominations: Apa has been nominated for four Saturn Awards (from the Academy of Science Fiction, Fantasy & Horror Films) for "Riverdale," winning the Breakthrough Performance Award in 2017; he was also nominated for Best Performance by a Younger Actor in a Television Series in 2017, 2018, and 2019. KJ earned an MTV Movie + TV Award nomination for Best Kiss (shared with Camila Mendes) in 2018, and he has received three People's Choice Award nominations – Favorite Drama TV Star and Favorite Male TV Star for "Riverdale" and Favorite Drama Movie Star for "I Still Believe." Apa has also earned five Teen Choice Award nominations: Choice Summer Movie Actor for "The Last Summer" and Choice Breakout TV Star, Choice TV Ship (shared with Mendes), and Choice TV Actor: Drama (twice) for "Riverdale." 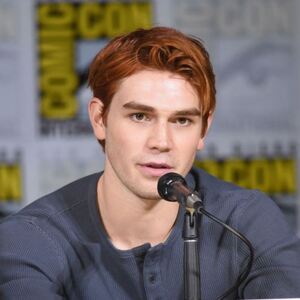