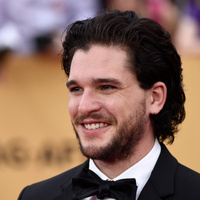 Kit Harington net worth and salary: Kit Harington is an English actor who has a net worth of $14 million. Kit is best-known for his role as Jon Snow in the series "Game of Thrones." He starred on the show from 2011 to 2019.

Early Life: Kit Harington, also known as Christopher Catesby Harington, was born in Acton, London, on December 26, 1986 to Deborah Jane and Sir David Robert Harington. His mother shortened his name to "Kit" almost immediately after he was born and he didn't learn his full name until he was 11 years old. Through his paternal grandmother, Harington's eight-great-grandfather was Charles II of England. Kit attended Southfield Primary School from 1992-1998. His family moved to Worcestershire when Kit was 11. He studied at the Chantry High School in Martley until 2003 and then went on to graduate from the Central School of Speech and Drama in 2008. He became interested in acting after watching a performance of "Waiting for Godot" and he subsequently performed in several school productions.

Career: Originally focused on pursuing a career in journalism, he was subsequently cast in the original production of "War Horse", and received widespread recognition for his work. This led to more professional theater work in the play, "Posh".

After "War Horse," Harington gained international recognition when he was cast as Jon Snow in the hit series, "Game of Thrones." The show debuted in 2011 to massive critical acclaim and was quickly picked up by the network for a second season. Harington filmed his role largely in Iceland and Northern Ireland. "Game of Thrones" lasted for eight seasons and concluded in April 2019. Harington received high praise for his performance. He was nominated for a Saturn Award for Best Supporting Actor on Television for his role. In 2016, he was nominated for a primetime Emmy for Outstanding Supporting Actor in a Drama Series. In 2017, Kit became one of the highest-paid actors on TV, earning  £2 million per episode of "Game of Thrones."

Harington's film debut came in 2012 when he played Vincent in "Silent Hill: Revelation 3D," a horror film based on the video game "Silent Hill 3." He was honored with Actor of the Year at the Young Hollywood Awards the same year. His first major lead role in a feature film came when he played Milo in "Pompeii," which was filmed in Canada. It saw modest box office returns but received negative reviews from critics. Harington voiced Eret in "How to Train Your Dragon 2" in 2014. The film was a critical and box office success and won a Golden Globe for Best Animated Feature Film as well as an Oscar nomination.

In 2014, Harington appeared alongside Jeff Bridges in "Seventh Son," which was poorly received. Up next, Harington starred in the HBO comedy "7 Days in Hell," a short film about a seven-day tennis match. In June 2015, Harington replaced Robert Pattinson in the western thriller film "Brimstone." In 2016, Harington starred as Salen Kotch, the main villain in the video game "Call of Duty: Infinite Warfare." He later starred in a West End production of "Doctor Faustus" which was not well received. In February 2017, Harington wrote, starred in, and executive produced "Gunpowder" for the BBC, a three-part historical drama based on the real story of the Gunpowder Plot (to which he has historical family ties to both sides of.) 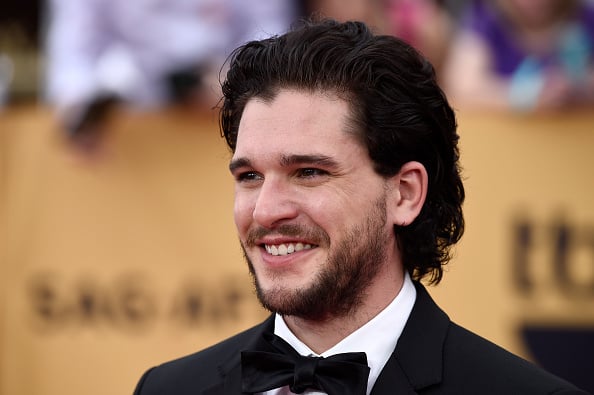 In November 2018, Harington began appearing in the West End production of "True West" written by Sam Shepard and directed by Matthew Dunster. The Play premiered in November 2018 at the Vaudeville Theater in London and closed in February 2019. Kit then reprised his role of Eret in "How to Train Your Dragon: The Hidden World."

In 2020, Kit took part in a virtual performance of an extract from the Chris Thompson play "Burn." In September 2020, Harington appeared in the Netflix anthology series "Criminal: UK." The series premiered to positive reviews. In August 2019, Harington joined the Marvel Cinematic Universe in the role of Dane Whitman in "Eternals." The film is slated to release in November 2021.

Personal Life: Harington and his "G.O.T." co-star Rose Leslie began dating in 2011. They announced their engagement in The Times on September 27, 2017. They were married in June 2018 in Aberdeenshire, Scotland. The couple had a son together in February 2021.

In May 2019, as the final episodes of "Game of Thrones" were airing, Harington checked into a luxury mental health and wellness retreat for a month in Connecticut to help him tackle issues with stress and alcohol abuse.

Harington and Leslie split their time between Canonbury, London, and a 15th-century country home outside Ipswich, Suffolk. Harington is heavily involved in charities such as The Royal Mencap Society, UNHCR, Amnesty International, and Chance to Shine.

Kit Harington Game of Thrones salary: For the final two seasons of Game of Thrones, 14 episodes that aired between July 2017 and May 2019, Kit Harington's salary episode was $1.1 million. That works out to $14.3 million for those two seasons. That per episode salary is currently the sixth highest amount any actor has ever earned on a TV show (tied with several of his GOT co-stars). For the 20 episodes he shot for seasons 5 and 6, he earned $500,000 per episode, $10 million total. Kit's total earnings from the entire run of Game of Thrones likely top $30 million before taxes.