What is Kirsten Dunst's Net Worth and Salary?

Kirsten Dunst is an American actress, singer and model who has a net worth of $25 million dollars. Kirsten Dunst first broke out as a child star with her performance in 1994's "Interview with the Vampire." In her youth and into her early adulthood, she had starring roles in "Little Women," "Dick," "The Virgin Suicides," and the "Spider-Man" trilogy. Among Dunst's later credits are films such as "Melancholia," "Hidden Figures," and "The Beguiled," and the television series "Fargo" and "On Becoming a God in Central Florida."

Kirsten Dunst was born in 1982 in Point Pleasant, New Jersey. Her mother was a flight attendant and an artist, while her father worked as an executive for the manufacturing company Siemens. Dunst is of German and Swedish descent. At the age of three, she started her career as a child fashion model in commercials. When she was six, she made her acting debut in Woody Allen's short film "Oedipus Wrecks." Subsequently, Dunst played the daughter of Tom Hanks' character in 1990's "The Bonfire of the Vanities." During this time, she attended Ranney School in Tinton Falls, New Jersey. After the separation of her parents in 1993, she moved with her mother and brother to Los Angeles, where she went to Laurel Hall School and Notre Dame High School.

Dunst had her breakthrough role in 1994, starring opposite Brad Pitt and Tom Cruise in the horror drama "Interview with the Vampire." For her performance as child vampire Claudia, Dunst received a Golden Globe Award nomination for Best Supporting Actress. Also in 1994, Dunst costarred in Gillian Armstrong's film adaptation of "Little Women," playing the young Amy March. The following year, she had a leading role in the fantasy adventure "Jumanji" opposite Robin Williams and Bonnie Hunt.

Career in Film as a Teenager

As a teen, Dunst continued to take on major roles. In 1997, she appeared opposite Dustin Hoffman and Robert De Niro in the political satire "Wag the Dog." The following year, she starred in the period comedy "All I Wanna Do" as a student at an all-girls' boarding school in the 60s. More major roles came in 1999. In the comedy "Dick," Dunst starred alongside Michelle Williams as a girl who gets caught up in the Watergate scandal. Meanwhile, in the Sofia Coppola drama "The Virgin Suicides," she played one of five troubled teen sisters growing up in the Detroit suburbs in the late 70s. Also in 1999, Dunst starred in "True Heart" and "Drop Dead Gorgeous." The next year, she found more success with the hit teen comedy "Bring it On," starring as cheerleading squad captain Torrance Shipman. In 2001, Dunst starred in "Get Over It," loosely based on Shakespeare's "A Midsummer Night's Dream"; the romantic drama "Crazy/Beautiful"; and the historical drama "The Cat's Meow," in which she portrayed classic Hollywood film star Marion Davies. 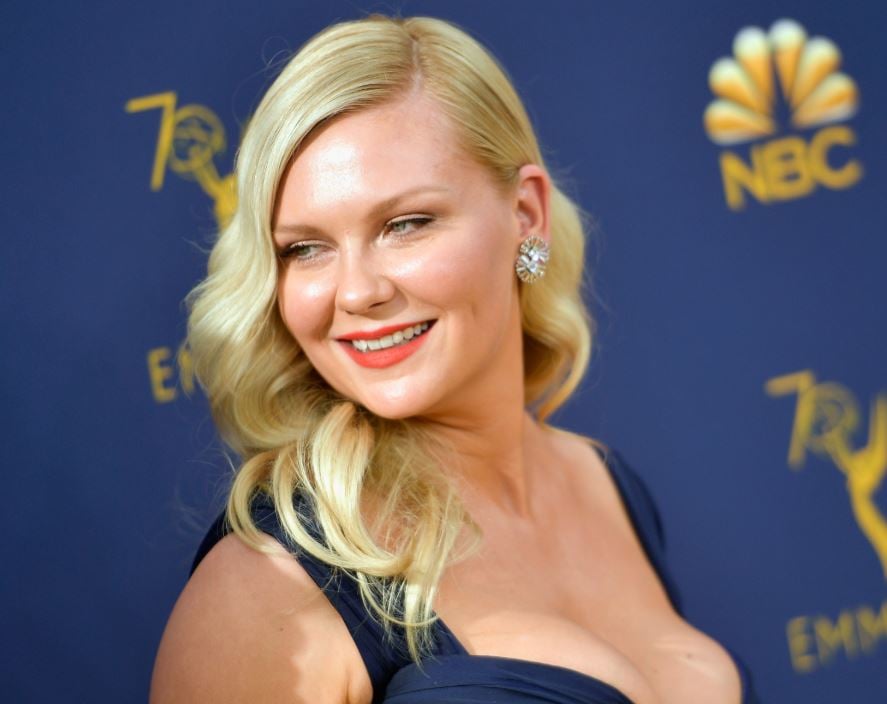 In 2002, Dunst was in her most commercially successful movie yet, the superhero film "Spider-Man." She played Mary Jane Watson, the best friend and love interest of Peter Parker, played by Tobey Maguire. The film ended up making over $800 million worldwide, and spawning two sequels in which Dunst reprised her role. Next, in 2003, the actress costarred alongside Holly Hunter, Morgan Freeman, and Billy Bob Thornton in "Levity," and was part of the ensemble cast of "Mona Lisa Smile," which costarred Julia Roberts and Julia Stiles. In 2004, Dunst had a supporting role in the acclaimed science-fiction romance "Eternal Sunshine of the Spotless Mind," and starred in the tennis romcom "Wimbledon" alongside Paul Bettany. Subsequent credits in the 2000s included Cameron Crowe's "Elizabethtown"; Sofia Coppola's "Marie Antoinette," in which Dunst played the titular ill-fated French Queen; and the British comedy "How to Lose Friends and Alienate People," costarring Simon Pegg.

In 2010, Dunst starred in the crime drama "All Good Things" alongside Ryan Gosling and Frank Langella. The next year, she had one of her most acclaimed film roles in Lars von Trier's science-fiction drama "Melancholia," playing a woman suffering from depression as the world is about to end. For her performance, Dunst won Best Actress at the Cannes Film Festival. In 2012, Dunst had three starring roles: in the comedy "Bachelorette," the fantasy "Upside Down," and the drama "On the Road," an adaptation of the classic Jack Kerouac novel. Dunst's later credits have included Sofia Coppola's "The Bling Ring" and "The Beguiled"; the literary adaptation "The Two Faces of January"; the science-fiction film "Midnight Special"; the biographical drama "Hidden Figures"; and the psychological thriller "Woodshock."

Kirsten Dunst truly became a household name thanks to her involvement in the Tobey Maguire Spider-Man franchise. The first installment came in 2002. She appeared in the 2004 and 2007 sequels. Her paycheck for the sequels was $7 and $10 million, respectively. In total, Kirsten earned around $20 million for her work in Spider-Man. She earned $5 million for her role in "Wimbledon" and $8 million a piece for "Elizabethtown" and "Marie Antoinette".

In 2015, Dunst landed the leading role of Peggy Blumquist on the second season of the FX crime series "Fargo"; she received a Golden Globe nomination for her performance. Another nomination came in 2019 for Dunst's performance as Krystal Stubbs on Showtime's black comedy "On Becoming a God in Central Florida."

From 2002 to 2004, Dunst dated actor Jake Gyllenhaal, and in 2007, dated musician Johnny Borrell. For a time, she was also in a relationship with her "On the Road" costar Garrett Hedlund.