Kirk Fogg net worth: Kirk Fogg is an American actor, producer, director, writer, and television personality who has a net worth of $2 million. Kirk Fogg was born in Los Angeles, California in September 1959. As an actor he starred as Matt in the movie Alien Space Avenger in 1989. Fogg appeared in the film Smoke n Lightnin in 1995 and starred as Dennis in the movie Yeah Vous!

in 1998. In 2006 he starred as Porter in the film Distortion. Fogg also appeared in an episode of the TV series Veronica Mars in 2004. He wrote, directed, and produced the films Distortion and Yeah Vous! From 1993 to 1995 Fogg also hosted the television series Legends of the Hidden Temple. 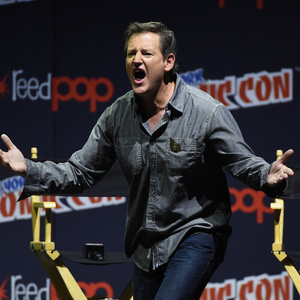