What is Kirk Cameron's Net Worth?

Kirk Cameron is an American TV and film actor and producer who has a net worth of $10 million. Best known for his appearances on the popular television show Growing Pains, Cameron has amassed a long list of credits throughout his career. He was undoubtedly one of the most recognizable faces of the 80s and early 90s. Today Kirk and his wife Chelsea Noble are probably better known for their evangelical Christian beliefs and practices. Kirk and Chelsea are the co-founders of The Firefly Foundation which runs a summer camp for terminally ill children and their families.

Early Life: Born in Los Angeles on October 12th, 1970, Cameron was always in a good position to succeed in the film industry. He was also not the only member of his family to go into acting, as his sister Candace Cameron Bure also enjoyed a successful career in this industry. As early as age nine, Kirk Cameron was booking acting roles. His first major gig was a cereal commercial, and he quickly expanded his resume by age 13 to include roles on shows like Two Marriages.

Breakthrough with Growing Pains: Although Kirk Cameron was an established actor by age 15, he was thrust into the limelight in a completely new way when he was cast in the show Growing Pains. The young actor played the role of Mike Weaver, and he soon became a cultural icon of the decade. By the late 80s, Cameron became a "teenage heartthrob" in the eyes of many, especially those in his generation. He frequently appeared on the covers of magazines and even landed a short Pepsi commercial for the Superbowl. At this stage in his career, the actor was earning $50,000 per week.

During the late 80s, Cameron also starred in a wide range of films and television shows. When Growing Pains ended in the early 90s, Cameron immediately shifted his attention towards newer projects, like Kirk. Not long afterward, the actor decided to distance himself from show business, preferring to pursue other priorities and focus more on his family life.

Impact of Child Stardom: Kirk Cameron is a prime example of a child star. While other children were going to school and living a "normal" life, Kirk was completing his studies while he was on the set of Growing Pains. That being said, he also had the opportunity to attend some high school classes at Chatsworth High School during breaks in production.

Around this time, Cameron met his future wife, Chelsea Noble, who was guest-starring on his sister Candace's show "Full House". Kirk and Chelsea began dating and she eventually played his girlfriend on several episodes of Growing Pains.

Conversion to Christianity: Kirk Cameron is a born again Christian. He converted to Christianity after landing his role in Growing Pains, despite being a staunch atheist prior to that. Converting had a major impact on Cameron's life, and he is now an Evangelical Christian. After converting, Cameron pressured the producers of Growing Pains to change story-lines that he deemed to be too mature or adult. After the show ended, he purposely cut ties with many of his fellow cast members, later citing his newfound religion as the reason for this abrupt split. 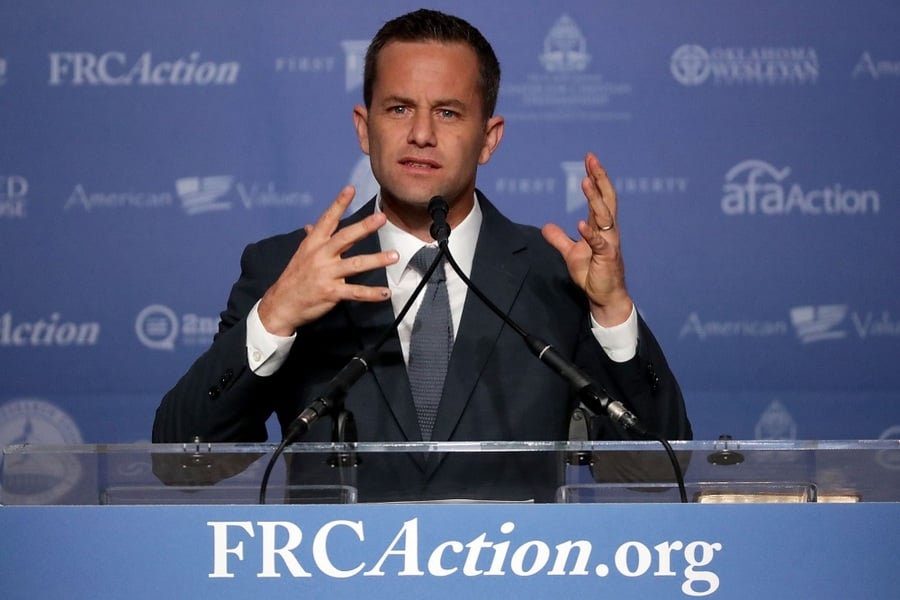 Life After Growing Pains: After Growing Pains and Kirk had ended, Kirk distanced himself from the entertainment industry and didn't return for many years. His first major "comeback" came in the year 2000 when he participated in the reunion Growing Pains movie called The Growing Pains Movie. He also participated in the film's sequel, Growing Pains: The Return of the Seavers. Around this time, Kirk Cameron also began acting in a film series called Left Behind. At the time, it was considered the largest and most ambitious Christian film of all time. Three films were released, and the stories focused around a fictional imagining of the biblical rapture. This new direction for Kirk would continue for the rest of his career, as he focused on films with Christian themes. Notable examples were 2008's Fireproof, 2013's Unstoppable, and 2014's Saving Christmas. The film Monumental also received considerable press coverage.

Evangelical Activities: Kirk Cameron is an extremely active figure in the Evangelical community. He hosts his own television show called Way of the Master, which tackles Evangelical subject matter. Kirk Cameron also founded The Firefly Foundation with his wife. This foundation offers terminally ill children and their parents a free, one-week vacation.

Controversy: Kirk Cameron has been involved with various controversies, most of which resulted from his involvement with Evangelical Christianity. Kirk Cameron was criticized when he distributed an altered version of Charles Darwin's On the Origin of the Species in various U.S. colleges. The copy of the text lacked key chapters and pointed to a creationist interpretation of Darwinism.

When Kirk Cameron was promoting the film Monumental, he was interviewed by Piers Morgan on CNN. He stated that in his opinion, homosexuality was "unnatural," and "destructive" to civilization. As a result, Cameron experienced major backlash from gay rights groups and prominent figures within the entertainment industry – most notably his co-stars from Growing Pains.

In December 2020, as COVID-19 cases spiked and local ICU capacity was at 0%, Kirk orchestrated a mask-less Christmas celebration at a local mall. It was his second such event.

Personal Life: In 1991, Kirk Cameron married his co-star from Growing Pains, Chelsea Noble. The couple has four adopted children and has two biological children. As a Christian, Cameron is incredibly committed to his wife and his family. In the film Fireproof, the actor refused to kiss his female co-star. To maintain the scene, Kirk kissed his wife instead and it was filmed in silhouette – so no one could tell the difference.

Real Estate: In 1998 Kirk and Chelsea paid $645,000 for a home in Agoura Hills, California. The 1-acre property is located within an exclusive gated community. Today comparable homes are worth $2-3 million. 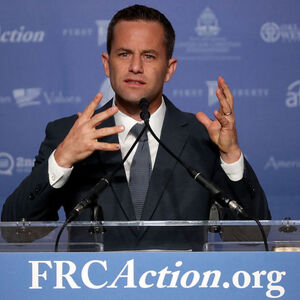