Kirk Acevedo Net Worth: Kirk Acevedo is an American actor who has a net worth of $4 million dollars. Born in Brooklyn, New York, in 1971, Kirk Acevedo earned his bachelor's degree from the SUNY Purchase School of Acting. He made his acting debut in "New York Undercover" in 1994. He appeared again in 1995 and 1997 before auditioning for and landing the role of Miguel Alvarez in the hit series "Oz".

Soon after, his character became a regular cast member heading into the show's second season. He appeared in 46 episodes from 1997 until 2003. During that time, Acevedo made his feature film debut in 1998's "Arresting Gena". He also appeared in "The Thin Red Line", "Boiler Room", "Bait", "Dinner Rush", "Witness to the Mob", "Third Watch", and "Band of Brothers". Acevedo went on to hold guest starring roles on "NYPD Blue", "Law & Order: Special Victims Unit", "Law & Order: Trial by Jury", "24", and "Cold Case" before landing a recurring role on 14 episodes of "The Black Donnellys" as Nicky Cottero. He starred in 36 episodes of sci-fi series "Fringe" as Charlie Francis from 2008 until 2011. Acevedo also appeared in 2014's "Dawn of the Planet of the Apes" and "The Walking Dead". He voiced Jackie Estacado in the 2007 video game "The Darkness". Acevedo has been married to his wife, Kiersten Warren, since 2005. They have one child together. 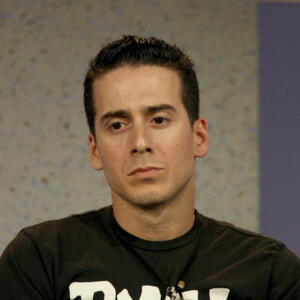