King Bach net worth: King Bach is a Canadian-born actor, comedian, and internet personality who has a net worth of $3 million. King Bach was born in Toronto, Ontario, Canada in June 1988. He became known for being the most followed person on the social app Vine. His given name is Andrew Bachelor but he chose the alias King Bach and portrayed an exuberant character on Vine.

From 2014 to 2015 he starred as Trayvon on the television series Black Jesus. The same years he also had a recurring role as Dr. T.J. Gigak on the TV series The Mindy Project. In 2015 King Bach starred as Sam Parker in the series Resident Advisors. He has also starred in several movies including We Are Your Friends, Meet the Blacks, Grow House, The Babysitter, Where's the Money, and more. King Bach wrote, directed, and executive produced the TV series Dead House which he also starred in in 2017. He also executive produced the 2017 film Where's the Money. King Bach has been nominated for three Streamy Awards. 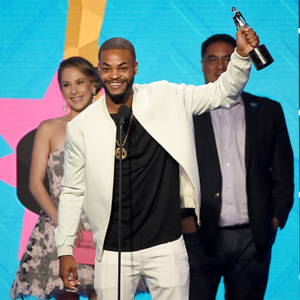