Prior to beginning her on-camera career, she had worked for several years in theater productions. In addition to appearing in "Father of the Bride" and its sequel, she has gone back and forth between film and television projects for over two decades. Some of her credits include "Indian Summer", "Jake's Women", "Coldblooded", "The War at Home", "Relativity", "Safe House", "The 10th Kingdom", Less Than Perfect", "How to Eat Fried Worms", "We Are Marshall", and "Royal Pains". She is also widely recognized for her co-starring role on "According to Jim". She is currently appearing on the hit series, "Nashville". She is currently married to country music super star Brad Paisley. 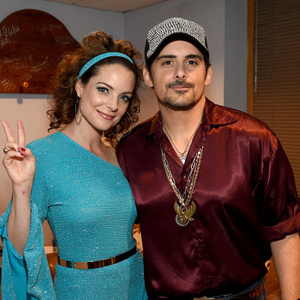