Kimberly Russell Net Worth: Kimberly Russell is an American actress who has a net worth of $300 thousand. Kimberly Russell was born in Brooklyn, New York in December 1964. One her best known acting roles came starring as Sarah Nevins in the television series Head of the Class from 1986 to 1991. Russell's other well-known role came starring as Diane Hopper in her feature film debut Ghost Dad in 1990. Russell also starred in the movies Sugar Hill, Jimi, The Game, Dancing in September, and Precious. She has also appeared in episodes of the TV series Family Matters, New York Undercover, The John Larroquette Show, Ellen, ER, The Steve Harvey Show, Roswell High, SpongeBob SquarePants, Strong Medicine, and Cinerockom. Kimberly dated actor George Clooney in the 1990s and married Michael Bonewitz in 2000. In November 2014 Russell defended actor Bill Cosby and said that he always treated her professionally on the set of Ghost Dad. 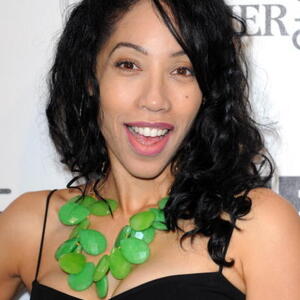