Kimberly J. Brown Net Worth: Kimberly J. Brown is an American actress who has a net worth of $2 million. Kimberly J. Brown was born in Gaithersburg, Maryland in November 1984. Her first acting role came in the TV series The Baby-Sitters Club in 1990. In 1998 she had a recurring role in the television series Unhappily Ever After. She also had a recurring role as Nicole in the TV series Two of a Kind from 1998 to 1999. Brown starred as Annie Wheaton the 2002 TV mini-series Rose Red. From 1998 to 2006 she starred as Marah Lewis in the soap opera Guiding Light. In 2013 Kimberly starred as Shana Taylor in the TV series Low Winter Sun. She has also starred in the movies Tumbleweeds, Bringing Down the House, Be Cool, Big Bad Wolf, and Friendship!. Brown has also starred in the TV movies Ellen Foster, Halloweentown, Quints, Halloweentown II: Kalabar's Revenge, My Sister's Keeper, and Halloweentown High. Brown has won Young Artist Awards for Best Performance in a Feature Film – Leading Young Actress and for Best Performance in a Daytime Drama – Young Performer. She has also won a YoungStar Award, Golden Apple Award, and Independent Spirit Award. 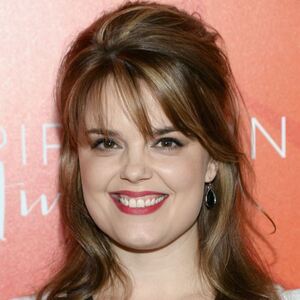