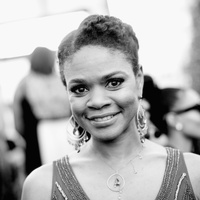 Kimberly Elise net worth: Kimberly Elise is an American actress who has a net worth of $2 million dollars. Kimberly Elise was born in Minneapolis, Minnesota, and graduated from the University of Minnesota with a degree in Mass Communications. Kimberly Elise began her professional on-camera career with guest-starring roles on "Newton's Apple" and "In the House" in the mid-90s. From there, she made her big screen debut in the film, "Set It Off". Her performance won rave reviews and led to more high-profile offers. Since then, she has turned in a steady string of critically-acclaimed performances in a variety of film and television projects, including, "The Ditchdigger's Daughter", "Beloved", "Bojangles", "John Q", "Woman Thou Art Loosed", "Soul Food", "Close to Home", "The Manchurian Candidate", "Diary of a Mad Black Woman", "Gifted Hands: The Ben Carson Story", and "For Colored Girls". She is currently co-starring on the VH1 series, "Hit the Floor".