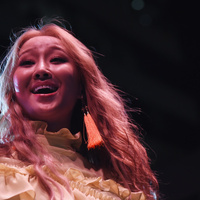 Kim Hyo-jung net worth: Kim Hyo-jung is a South Korean singer and actress who has a net worth of $8 million. Kim Hyo-jung was born in Incheon, South Korea in January 1991. She is best known for being a member of the South Korean girl group Sistar and well as Sistar19. She auditioned for JYPE twice but plans for her to debut were cancelled so she signed with Starship Entertainment. IN 2010 she debuted as a member of Sistar and in 2011 Hyo-jung and Bora formed the sub-group Sistar19. In 2013 she performed with Stevie Wonder on the song "I Just Called to Say I Love You". Kim Hyo-jung released her debut solo studio album Love & Hate in 2013. The album reached #5 in Korea and #11 in Taiwan and featured the #1 hit in Korea "One Way Love". She starred in the television series Dream High Season 2 in 2012 and has been nominated for several awards including five World Music Awards.