Kim Fowley net worth: Kim Fowley was an American singer, musician, and record producer who had a net worth of $3 million. Kim Fowley was born in Los Angeles, California in July 1939 and passed away in January 2015. Fowley is perhaps best known for his role in a series of novelty and cult pop rock singles in the 1960s.

He also managed the group The Runaways in the 1970s. Fowley has been credited with inspiring promotor John Brower to call John Lennon which resulted in the appearance of the Plastic Ono Band at the Toronto Rock and Roll Revival in 1969 where Kim served as emcee.  Fowley managed the local band The Sleepwalkers which included Phil Spector. He served in the armed forces and also worked in the sex industry in Los Angeles, California. Fowley released 27 solo albums starting in 1967. He produced or wrote for bands such as The Renegades, Paul Revere and the Raiders, Gene Vincent, The Modern Lovers, Alice Cooper, The Runaways, and The Quick. Fowley wrote or produced the singles "Alley Oop", "Nut Rocker", "At the Hop, "Louie Louie", "She's So Fine", and more. He became an experimental filmmaker and released his autobiography Lord of Garbage in 2012. Kim Fowley passed away on January 15, 2015 at the age of 75. 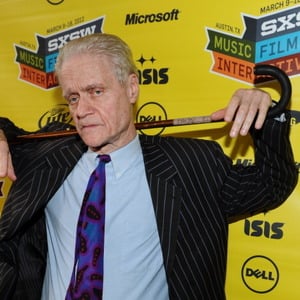